Laughing at my Pain: a Review of Trevor Noah’s Bio, Born a Crime

I first saw Trevor Noah doing a comedy routine on a talk show. He was a young South African with an amazing knack for American hip hop dialects giving credence to the theory that humor lies not in what you say as much as how you say it. Then, he landed as co-host of The Daily Show, my go-to source of politics and news without the anger or depression that I get with most news outlets. He could mimic the voice of Donald Trump or the face of Mitch McConnell in a way that made you double over in laughter, substituting his own humorous commentary for their words. So when I saw his autobiography, Born a Crime: Stories from a South African Childhood, I had to read it. I wondered how anyone could come out of the apartheid system in South Africa and still be a whole human being, free of hatred or self-pity. This book did not disappoint.

The first page lists the wording of the Immorality Act of 1927, thus explaining the title.  Interracial relationships were outlawed in South Africa, punishable for both parties by time in prison. Hence, Trevor, son of a Black African mother and a Swiss-German father, was “born a crime.”

His parents were careful not to be seen in public and to keep him inside for fear of getting arrested or losing their son. Even after the fall of apartheid, his mother had to carefully choose his schools and neighborhoods because Trevor was classified as “colored” while she was “black.” and the system was still in place, if only in the minds of those who’d been raised in it. Needless to say, Trevor was considered an outsider by Blacks, by whites, by Indians, and by coloreds. Yet, he managed to make himself at home in any environment.

Each biographical chapter  is prefaced by a brief piece of history: tribal, geographical, or political. Here is an excerpt from the first. 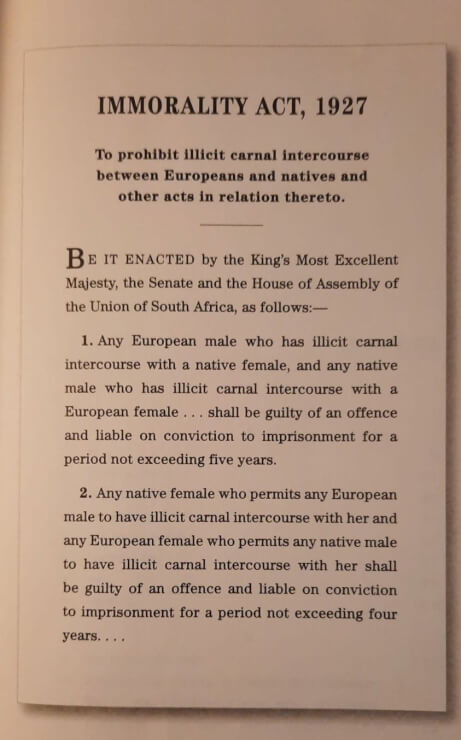 This is a simplified explanation of how the British and Dutch (Afrikaners) were able to take over an African country and all but enslave the natives. Blacks were segregated into crowded ghettos (homelands) and forced to work for ridiculously low wages. Any protest brought beatings, arrests, imprisonment, or even death. The most famous leader of the anti-apartheid movement, of course, was Nelson Mandela, who later became the first Black South African president. Trevor takes us behind the scenes by sharing his own experience before and after the fall of apartheid. During his childhood and teen years, he learned to master over eight languages, sometimes using this skill to survive, and later to embellish his comedy act.

But in the midst of all this, Trevor finds joy and humor. The funniest example, by far, is a memory he shares from when he was five, at home with his aged grandmother, Koko. Already afraid of the dreaded outhouse, he didn’t want to go out into the pouring rain to take a poop. Here he gives a diatribe on the essence of defecating, how universal it is, and how the outhouse robs you of its glory. Since they wiped with old newspaper anyway, he decided to poop on the paper like a puppy, wrap it up, and throw it away. Koko was blind, but she could smell anything in the house and she had a memory that was revered in the neighborhood. When she took a whiff, she called out to Trevor but he was afraid to answer and admit his guilt. When his mom came home, she was immediately able to find the offensive odor in the trash can and since no one had answered, Trevor’s mother assumed they were bewitched by demons. They rushed out of the house and burned it in the driveway (the only way to get rid of the demon), and before he knew it, all the grannies in the neighborhood were packing the house with their Bibles and songs, praying for deliverance from the demon. It was the biggest prayer meeting they’d ever had, and they demanded that Trevor pray as well.  His feeble attempt at chalking it up to a misunderstanding was overshadowed by more prayers, then songs, then more prayers. Later, alone, he prayed for forgiveness for wasting God’s time with his sh_t. 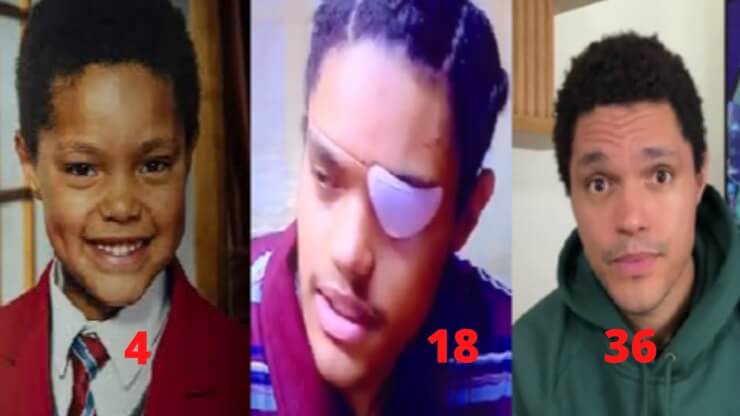 Trevor navigates through middle and high school, indifferent to girls and academics, but enamored with hustling. First, taking a cut at the school store for standing in line to get lunches, he developed a team that sold bootleg music CDs and video games. He honed his computer skills and bought tech equipment and later catered to parties as a DJ. His love of entertaining arose from this, and soon evolved into comedy routines. Moving from neighborhood to neighborhood for his business also honed his language skills. Language, he discovered early on, was a way to camouflage his difference. His mother knew Xhosa, Zulu, German, Afrikaans, Sotho and used her knowledge “to cross boundaries, handle situations, navigate the world.” She made sure that English was the first language her son spoke because “if you’re black in South Africa, speaking English is the one thing that can give you a leg up.”   (The New York Times)

If there is a hero in this book it is certainly his mother. She was a provider when there was nothing, a saver of lives, a teacher, a secretary, a leader, and a devout Christian (three services on Sunday, three more every week). Her tragic flaw was falling in love with a mechanic who physically abused both her and Trevor. When he could no longer take it, Trevor challenged her to leave him, but she knew what the outcome would be. The typical response for “disrespecting” an African man this way: he would kill her or her children. The police just laughed at her complaints. So Trevor left home and helped out with the family, but eventually, his stepfather tried to do what he had threatened. He shot his mother three times, once in the back of the head. The bullet came out through her nostril, barely missing her brain and spinal chord.  Miraculously, she lived. The stepfather turned himself in when he thought he had killed her, but the case never went to trial. 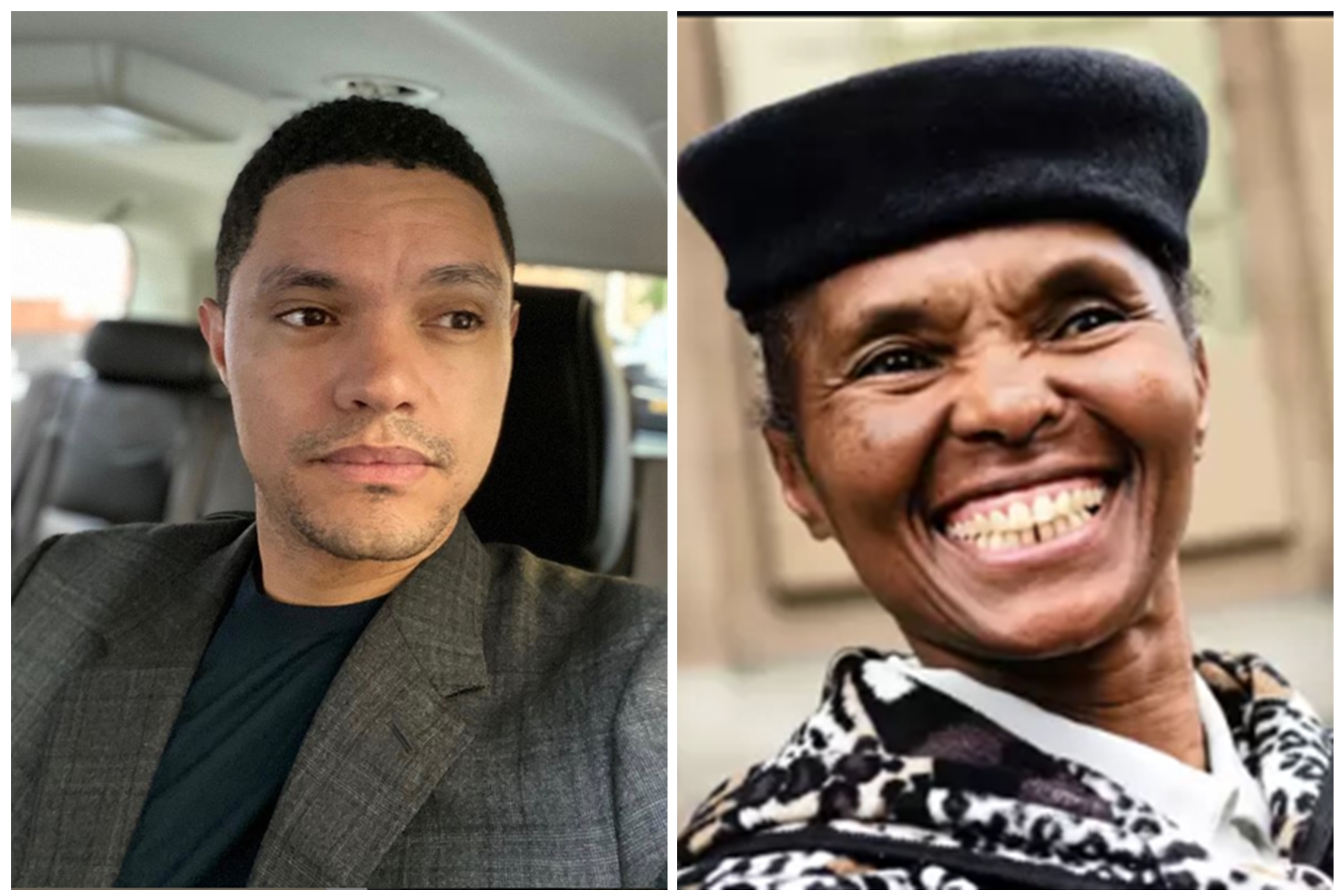 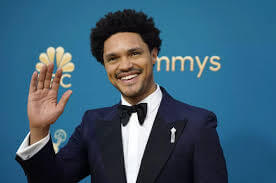 When you look at Trevor’s humble beginnings, it’s hard to imagine the international star that he has become today. He grew up in poverty, the victim of racism and colorism from all sides. He found creative ways to support himself, from bootleg CDs to DJing parties, which enamored him with a variety of communities. He built his comedy career in South Africa, but has become a celebrity that is known throughout the world.  Taking over The Daily Show has made him a presence in American homes since 2015. And just think, if his native government had their way, he would never have existed. Trevor Noah was ‘born a crime,” but is now a living legend.

Winner of the Thurber Prize for American Humor and an NAACP Image Award • Named one of the best books of the year by The New York Times, USA Today, San Francisco Chronicle, NPR, Esquire, Newsday, and Booklist.

Born a Crime is the story of a mischievous young boy who grows into a restless young man as he struggles to find himself in a world where he was never supposed to exist. It is also the story of that young man’s relationship with his fearless, rebellious, and fervently religious mother—his teammate, a woman determined to save her son from the cycle of poverty, violence, and abuse that would ultimately threaten her own life.

“Noah’s childhood stories are told with all the hilarity and intellect that characterizes his comedy, while illuminating a dark and brutal period in South Africa’s history that must never be forgotten.”—Esquire

The stories collected here are by turns hilarious, dramatic, and deeply affecting. Whether subsisting on caterpillars for dinner during hard times, being thrown from a moving car during an attempted kidnapping, or just trying to survive the life-and-death pitfalls of dating in high school, Trevor illuminates his curious world with an incisive wit and unflinching honesty. His stories weave together to form a moving and searingly funny portrait of a boy making his way through a damaged world in a dangerous time, armed only with a keen sense of humor and a mother’s unconventional, unconditional love.

Check out Trevor's 2018 comedy act at the Apollo Theater in New York. Since then, Trevor has hosted The Daily Show the last seven years and, combined with his tours and book sales, has a net worth of over $100 million dollars. Born a Crime will be made into a movie next year, starring his friend Lupita Nyong'o as his mother. He is still looking for young actors to play him. Sadly he has decided to leave The Daily Show at the end of the year. I will miss his humorous take on race, politics, and American life and culture.