New on the Menu: Black Cake!

There’s a new item on the menu, or I should say, a new author on the scene. Charmaine Wilkerson’s debut novel, Black Cake, is taking readers by storm. Already a New York Times bestseller, it’s a delightful story of three generations of a family.  From an unknown island in the Caribbean in the early sixties to contemporary California and London, Miss Wilkerson takes us on a journey of three bold women who are bound to the ocean, united by their skill and love for each other. It is a tale of tragedy, escape, and renewal, woven together with the island tradition of black cake.

When Eleanor Bennett dies, she leaves behind a voice recording of all her secrets, from her escape from the island she called home, to the daughter she lost, and the new identity she took on. Her grown children are shocked at these revelations, feeling, at first, that their entire existence had been based on a lie.  Uniting it all was the gift of a black cake, traditionally made for island weddings and holidays, whose ingredients had been passed down for generations. Eleanor has saved one cake, to be “shared when the time is right,” and what is revealed when that time comes confirms her story.

"Susan Adolphus James has one vivid memory of childhood Christmases on the island of Beaulieu, Grenada: black cake. "Christmas don't feel like Christmas if you don't have a piece of black cake," says James, who moved to the U.S. as a teen. The rich, molasses-spiced cake filled with drunken dried fruits is a part of Christmas festivities throughout the Caribbean. The cake likely evolved from holiday plum pudding recipes British colonizers brought to the West Indies in the 18th century. Islanders modified these recipes, incorporating local ingredients and liquors. With time, black cake became a staple on Caribbean Christmas dinner tables, alongside a roasted ham, a jug of sorrel (hibiscus tea seasoned with spices), pasteles and rice. 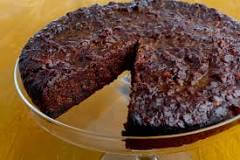 "The production of the cake begins almost a full year in advance. Currants, raisins, cherries, prunes and the peels of oranges and lemons are soaked in rum and wine for roughly six months in airtight jars, in order for the fruit to become properly saturated for the cake. Cinnamon, nutmeg, a bay leaf, tonka bean, kola nut, and other island spices are added to sifted flour to make the cake batter. But what truly makes it black cake is the burnt sugar – known as "browning" – poured in seconds before the cake goes into the oven, giving the dessert its distinctive, rich dark color. (In the book, molasses is the darkening ingredient.) The cake varies from island to island. James says her Jamaican friends add rose water to their black cake, whereas she adds tonka bean, kola nut and mixed essence ( a tropical extract made of almond, pineapple, pear, vanilla and strawberry).

In Crown Heights, Brooklyn, Unella Rhone Perry has a jar of dried fruits soaking in rum and wine. During the weeks before Christmas, she and eight women in her family meet to assemble 15-20 black cakes for loved ones. "It's a labor of love," says Perry, who was raised in Jamaica but has lived in Brooklyn for 30 years. "It really takes time and patience to [make black cake] and get it right."  Every summer she would buy dried raisins, currants, and prunes in season and start the soaking process. When Christmas arrived, the fruits would plump up, rich with the flavors of Jamaican wine, rum, and cinnamon sticks

"[Black cake] brings back home and childhood," Perry says. "I think it really signifies a heritage as to where we are from."
Katherine Hernandez, "It Wouldn't be Christmas without Black Cake" The Salt, December 21, 2017

And heritage is what Black Cake is all about. Covey is the child of biracial parents who is abandoned by her Caribbean mother at a young age.  Her father is a Chinese merchant  who does his best to raise her but succumbs to his gambling addiction and a local loan shark who demands Covey’s hand in marriage to settle his debt. In a panicked attempt to escape, she runs to the ocean where she is more at home than on land. Everyone assumes she has drowned but she manages to get to England where tragedy continues to plague her. As the years evolve, her web of deceit becomes more and more complicated as she changes everything about her story to avoid being identified by anyone from the island. But in the end, it is their heritage that she wants to return to her children, that, and her last black cake.

Eventually, she makes a new life in America and we see her as a dying woman, dictating a lengthy explanation of her life to her grown children, each bound to the ocean in their own way. What happens after they hear her recording makes them, as well as the readers, examine what heritage and family mean.

"In Charmaine Wilkerson’s sprawling, vibrant, second-chance-celebrating debut novel, Black Cake (Ballantine, 400 pp., $28), a cloudy plastic measuring cup holds more than ounces, cups and milliliters. For Benny and Byron Bennett, adult siblings who have been forcibly reunited by orphanhood, that measuring cup represents all the love their mother, Eleanor, poured into the signature dessert she learned to bake on the island where she grew up. That would be — you guessed it — black cake, a “moist, loamy” confection, “essentially a plum pudding handed down to the Caribbeans by colonizers from a cold country.

"Wilkerson approaches her plot like a mad chef, grabbing ingredients from all over the world, slicing and dicing with abandon, tossing characters and palm fronds and a few drops of rum into a pot and letting it all come to a simmer. She isn’t measuring, she’s eyeballing, as confident cooks do, and she’s not going to hold your hand as you learn your way around her kitchen. 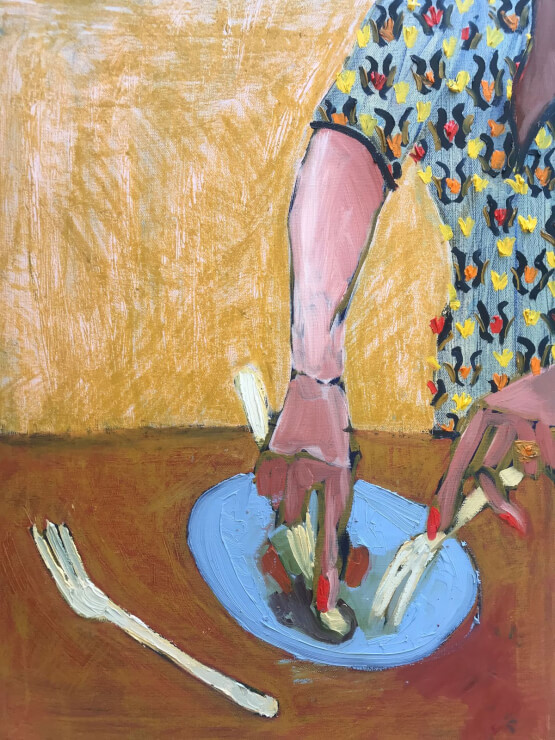 "Instead you’re plunged into a roiling soup of family secrets, big lies, great loves, bright colors and strong smells. You’ll meet a pair of young swimmers who are desperate to paddle away from the constraints of their homeland; a father who gets backed into bartering his daughter’s future; an “ethno-food guru” with questions about her own background; parents who regret their cold response to a child’s most personal revelation; and a mother who has lived so many lives, it’s hard to keep track of where one ends and another begins."

Elisabeth Egan, "Your Mother Died. Now She Wants to Tell You Her Secrets," The New York Times, February 2, 2022

The story goes back and forth in time, but it is easy to follow the short chapters marked by years and names. The characters are well-developed and engaging, and you just want to keep reading to see what happens next or if Covey/Coventina/Elly/Eleanor will ever catch up to her past and reunite with her loved ones.  In all honesty, I had to call my Panamanian aunties to see if the frosting-covered fruitcake I had at my own wedding was actually black cake. (My mother-in-law made my wedding cake.)  They assured me that mine was just fruitcake in the Panamanian tradition, and that black cake was more common in the islands, especially Barbados and Jamaica, from which their ancestors had come. It could certainly be found in Brooklyn among the large population of islanders.. 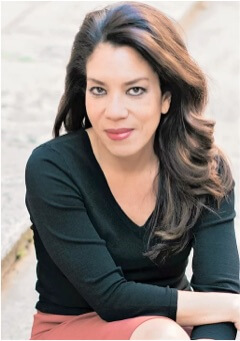 In "How A Family Recipe Inspired My Debut Novel," Miss Wilkerson explains her inspiration for this novel.

"No one would guess their value. A recipe scribbled in pencil. A cow-shaped potholder. A blue-glazed ceramic pie plate. Seemingly innocuous items from the kitchens of my mother and stepmother. My two mothers. The women who took turns raising me in different periods of my childhood in their blended households. My mothers’ upbringings could not have been more different, though sometimes they seemed similar in the telling. Small-town Jamaica versus small-city New England. Parents lost, dreams given up, some wishes fulfilled. Both formed families with men from other cultures. Both are gone now, but they live on, in part, through the workaday keepsakes whose value no one would guess.

"The ceramic plate makes me think of fruit pies, and summer barbecues, and autumn leaf-raking parties amid the burnished red of fallen maple leaves. The kitschy potholder with its imitation-quilt cow makes me smile. The mother who gave it to me never liked it, but I did. It had belonged to a beloved aunt, and by giving it to me, she’d kept it in the family. The recipe, written on lined notebook paper by my other mother, did more than bring back memories. It eventually stepped off the page and worked its way into the broad landscape of my imagination, inspiring the title of my debut novel, Black Cake.

"The recipe includes instructions for making a rum-soaked fruitcake, or black cake, as many Caribbeans would call it. When a younger relative texted me to ask for the recipe, it started me thinking about inheritance and how we choose to keep some things closer to our hearts than others—especially in a multicultural family like mine. We know that food helps to build connections between people. But people migrate, marriages break up, people remarry, strangers move in together. Food can also play a role in anchoring individuals, families, and entire cultures amid change. Sharing a family recipe can carry the same weight as sharing a piece of heirloom jewelry or an ancestral home. Especially if a recipe, a language all its own, is all a person has left to give.
Charmaine Wilkerson, Elle Magazine, January 25, 2022
Black Cake is available in English and Italian, (where the author lives), and will soon be a series on Hulu.In the video below, Miss Wilkerson discusses her book, her writing style, and the tradition of black cake.