Our Gen, the Latest Novel for My Generation

I am a big fan of Diane McKinney Whetstone.  I have loved her work since I got lost in the throes of her first book, Tumbling. It was the novel I most enjoyed with my Oprah-inspired book club when it debuted in 1996. I have revisited the text at least three times. Since then, I have read all seven of her novels and none of them disappoint. They are Tumbling (1996), Tempest Rising (1999), Leaving Cecil Street (2005), Blues Dancing (2008), Trading Dreams at Midnight (2009), Lazaretto (2016), and her latest, just out in July 2022, Our Gen.They all share the themes of love and community, filled with characters that make you laugh, empathize, and sometimes cry. Diane McKinney Whetstone is my kind of writer. 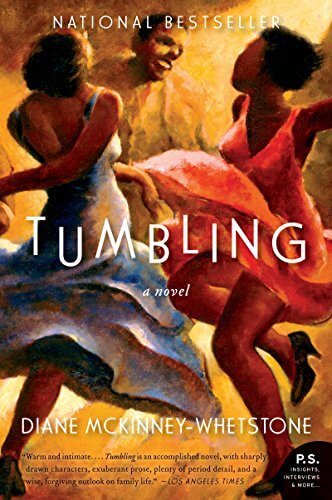 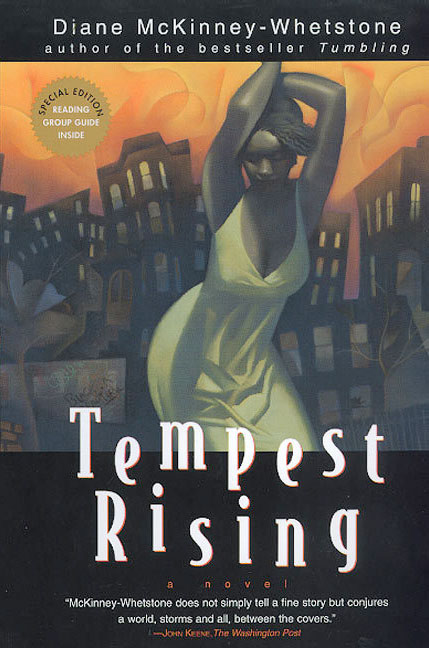 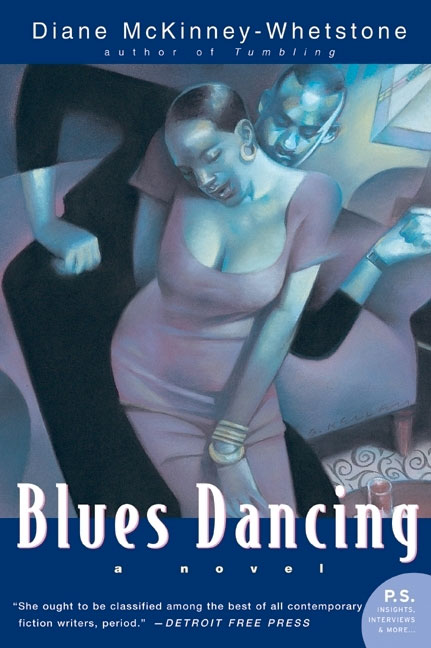 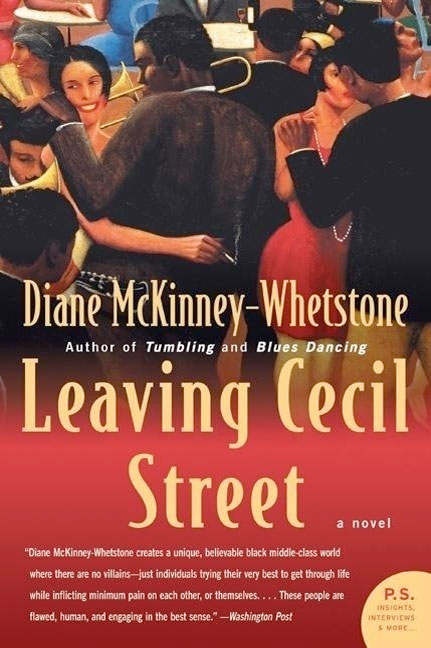 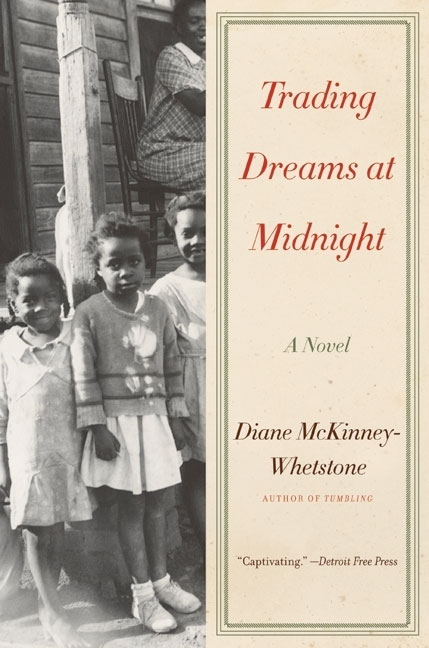 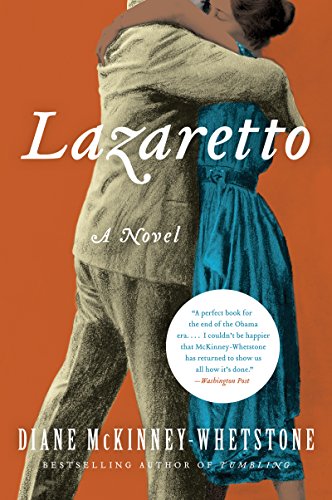 Needless to say, when her latest book, Our Gen, came out in July, I was ecstatic. I love a good love story. I’ve even written one myself (Monday Morning Blues), in an attempt to publish a romance novel that would appeal to older women like me. Most romance novels, especially in the African American literary community, are about high school, college, or women in their twenties and thirties looking for husbands or fighting off bad boys.They are busy shopping, competing in their careers, and going out to clubs. I’m on a budget, I’ve had a satisfying career, and I was married forty years and raised four sons. Those books don’t interest me.

Our Gen, short for sexagenarian (a person in their 60s), is about an upscale community in the suburbs of Philadelphia. The main character, Cynthia, is forced to sell her home after a fall and her son finds this modern community that he hopes she’ll love. She’s reluctant at first. She doesn’t even want to unpack. But her three new friends, including a love interest, lead her to a busy social life and a new sense of purpose. Secrets are dredged from the past as Cynthia navigates new relationships and new truths.

I read this book over our vacation, and my family just stared as I broke into laughter on numerous occasions. I couldn’t tell my grandchildren that these old people I was reading about were smoking weed and having booty calls. But after two years of quarantine, as the author said in an interview, we needed to laugh. We needed a book that would be free of worry and seek out the joy in life. We needed to find happiness, even at our age.  Shifting the narrative between the characters’ pasts and the present day, Diane McKinney-Whetstone deftly builds suspense as she captures with insight, poignancy, and humor, the scars, tenderness, and swagger of those not yet old, but no longer young, coming to the mean acceptance that life is finite after all. Who knew?

In Our Gen, she details the lives of four sexagenarian residents of a suburban retirement community who revel in youthful indulgences as they grapple with aging, regret, and long-held secrets. Told with tenderness, insight, and humor, it is a story that the author says is very much a response to the sociopolitical challenges of the last few years.

“Our Gen is a bit of a different book for me,” McKinney-Whetstone tells Shondaland. “All of my novels have had these very hefty premises, but this novel started off as fun. I think it would have been a different novel had it not been for the pandemic, but we were living through this dark time, and I needed some lightness and laughter.-

But Our Gen was not without the trademarks of a Dianne McKinney Whetstone book. It was filled with vivid descriptions in lyrical language.The characters, everyday people, took pride in being from Philly. Some were flawed with unusual vices, and there were surprising turns and connections. And at the end,  there was hope. At our age, that’s just what “our gen” needs. 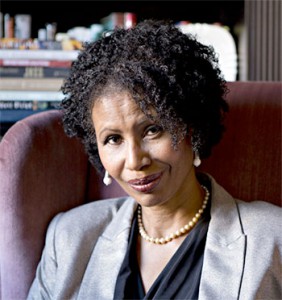 Focusing on a group of people who aren’t often at the center of stories filled with love, sex and laughter, Our Gen is warm and smart, accessible yet meaningful, a beach read with strong writing and emotional heft. The events of the novel pivot around Cynthia, a new resident grieving the loss of the cherished West Philadelphia mansion and the life her attentive (and pushy) son is convinced no longer suits her. A wealthy Black Ivy League graduate and divorcee, Cynthia bonds quickly, yet not without reservation, with an existing clique that includes the “tall and golden” Tish, an attention-grabbing, light-skinned African American socialite; Bloc, the only Black man at the Gen and a retired NASA scientist with three ex-wives; and the mysterious Lavia, a retired financier, who may or may not be South Asian. Cynthia and Bloc share an instant attraction that threatens the group’s equilibrium.  Cynthia’s first few months at the Gen are a time of great change for the clique.

In the novel’s present, life revolves around dinners and cocktail receptions. Cynthia, Tish, Bloc and Lavia fill their time with political debate and conjecture about other residents’ political leanings, as well as recreational drinking and smoking that greases the wheels of interpersonal disclosures and sex. There’s a college-campus feel to the intensity of their sharing. However, the majority of the novel’s drama is interior, occurring in contemplative flashbacks as the foursome reckons with the worst parts of their personal histories. McKinney-Whetstone presents these revelations in a striking and compelling style, frequently dipping into metaphor to describe the characters’ interiority through comparisons to their environment. The soapy melodrama and artistic presentation of the flashbacks are a powerful blend. Complex characters and relationships are the heart of the novel, and overall, the combination works well.

Over a recent Zoom call, McKinney-Whetstone discussed her writing process, the recent surge in book bans, and her advice for aspiring authors.

SANDRA EBEJER: Our Gen is your seventh novel. Does the release of a new book still bring the same level of excitement as it did the first time around?

DIANE McKINNEY-WHETSTONE: It’s still exciting to have finally completed a book. To see it in galley form, it’s like, “Damn! I did that.” It’s such an experience. It also feels very finished. I [tend to] second-guess myself even after I’ve turned [the manuscript] in. I’ll wake up in the middle of the night [thinking], “Oh, I should’ve changed this. I wish I could have done …” But then once I see the galley, it feels finished, and all that doubt about what I should have done evaporates. It’s like, “This is the book I wrote, and I’m okay.”

Enjoy the author speaking at the Free Library of Philadelphia, talking about Our Gen, including an excerpt from the book.