Basking in The Warmth of Other Suns

In 1925, Carter G. Woodson founded the Association for the Study of Negro Life and Culture (ASNLC), and in February 1926, the first Negro History Week was observed. By 1970, it had broadened to Black History Month. For years, I directed and even toured my Black History Month programs, dedicating them to teaching and learning about the Black experience in America. After my retirement, I continued to dig deep into the annals of history and learn something new every year. 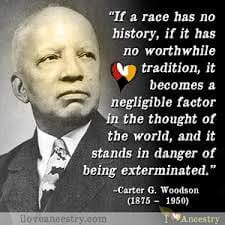 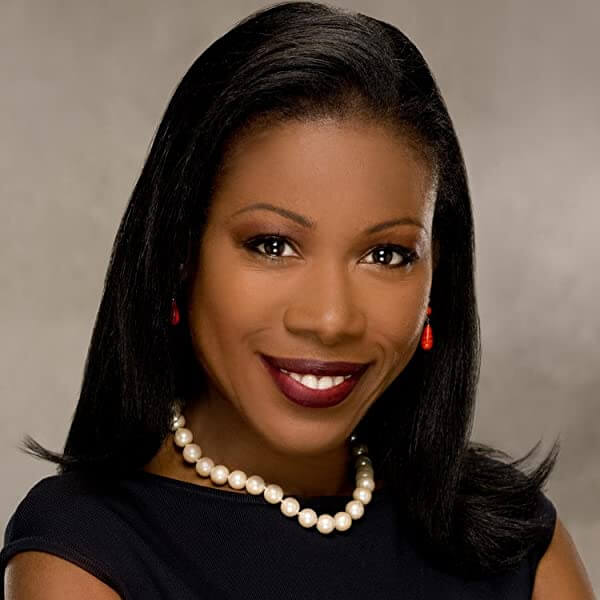 This year, my project was The Warmth of Other Suns, a book I had featured in my Book of the Week recommendations that I started with the covid pandemic,. It chronicles the decades-long migration of Black citizens who fled the South for northern and western cities in search of a better life, what author Richard Wright called "the warmth of other suns". From 1915 to 1970, this exodus of nearly six million people changed the face of America. The author, Pulitzer Prize-winner Isabel Wilkerson, interviewed over a thousand people and included volumes of official records to write this dramatic account of how these American journeys unfolded, altering our cities, our countries, ourselves.

With stunning historical detail, Wilkerson tells this story through the lives of three unique individuals: Ida Mae Gladney, who left sharecropping in 1937 in Mississippi for Chicago; George Starling, who fled Florida in 1945 for Harlem, and Robert Foster, who left Louisiana in 1953 to pursue a medical career in Los Angeles. Wilkerson brilliantly captures their treacherous and exhausting cross-country trips by car and train and their new lives in colonies that grew into ghettos. She illustrates how they changed these cities with southern food, faith and culture, and improved them with discipline, drive, and hard work. The Warmth of Other Suns is a bold and riveting work, a superb account of “unrecognized immigration” within our own land. Through the beauty of the writing, the depth of its research (76 pages of documentation), and the realities of the people portrayed, this book is destined to become a classic. The person to the right is Dr. Robert Foster with his awards and degrees. 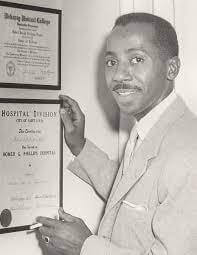 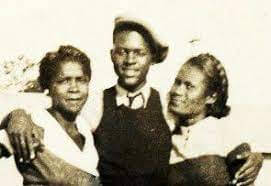 George Starling and his wife and sister 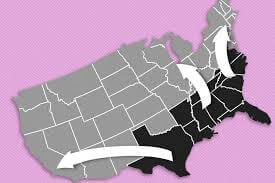 My own parents had left Kentucky and Mississippi in the 1940s to pursue a better life in Chicago where they met, married, and later adopted me. Until I read this book, I thought the Great Migration was simply a collection of people who chose to move out of their southers states for better opportunities, usually going wherever they had family. But there was a clear pattern: Blacks who lived in Florida and Georgia usually migrated to New York while those in Mississippi, Alabama and Tennessee went straight up north to Chicago, Cleveland or Detroit. People from Texas and Louisiana usually headed out west to California. Before reading this book, I had no idea that the decision to leave sharecropping was considered an affront to Southern racism and was often impeded by feigned debt, jail, beatings, and even lynching. “Who’s gonna clear our fields?” Police would arrest people in train stations or send the trains on, leaving people with tickets in the colored waiting room. “Bulls”, like slave catchers, were hired to capture Blacks trying to leave and jail them with trumped-up causes. Both Ida Mae and George had to hide the fact that they were moving and sneak out in the middle of the night. Many could never return to the South again to see their families for fear of imprisonment or worse. One man was granted 24 hours to visit his dying mother and in that time, he was jailed and beaten to death.

The journey north on the train was also treacherous. Crowded into the “colored car” with their fried chicken and boiled eggs, the Black travelers could not sleep or buy food for a trip that might take 20 to 30 hours. Even after Jim Crow laws were abolished, in many Southern states, Blacks were forced to move to a crowded, segregated car so that boarding whites could be seated. Covered in sweat and grime from the open windows and doors of the train, there was no place to wash up and even if they stopped for breaks, there were no restrooms or food available to them. 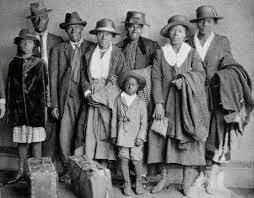 Robert Foster, a Morehouse graduate and licensed surgeon, drove over 20 hours straight, headed west in his car. He thought he was “safe” once he made it to Arizona, but every hotel manager told him there were no vacancies; every restaurant refused to serve him. When he arrived in Los Angeles, he found that he could not practice in any hospital, or be hired by any clinic. He had to build his own clientele in segregated neighborhoods where people often could not pay him at all. But that was better than what he saw of his future in the South, "going out to the fields to deliver babies and treat the elderly in exchange for a side of a hog." 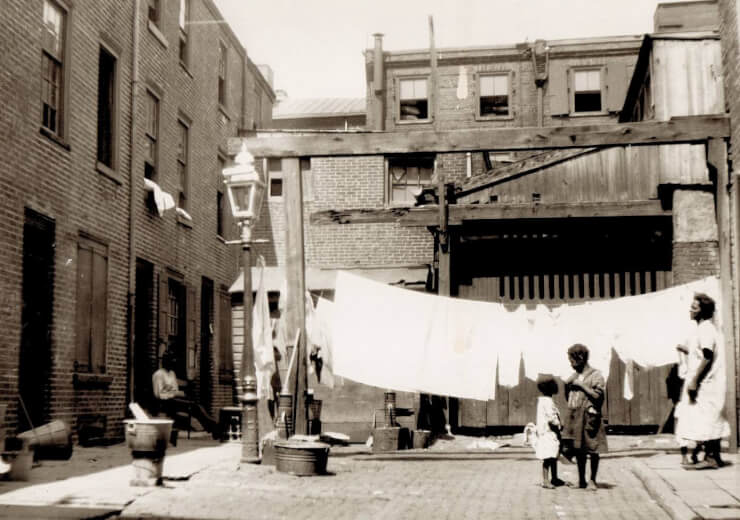 Once they reached “the Promised Land,” life became even more difficult, making many wish they’d never left home. By 1950, half a million Blacks had migrated to Chicago, and housing was confined to a small area (redlining). Yet rents were more than twice as high as in white neighborhoods. Families usually shared one or two rooms for as many as 10 or 15 people, often taking in other relatives who moved “up South” as well. When Blacks tried to move out of the confined area, they were often met with threats, fires, and attacks by angry homeowner associations. In 1951, over 4000 protesters firebombed 20 apartments in Cicero rather than allow them to rent to Blacks. 118 were arrested but no one was indicted. Eventually, laws changed and once Black families moved into better neighborhoods, "white flight" immediately followed, soon making the neighborhoods segregated again. Chicago, Detroit, and Cleveland had the most segregated neighborhoods in the North.

Finding a job was even more difficult, even if you had a college degree. George Starling, high school valedictorian, had two years of college but could not afford to go on his third year. The only work available, he returned to the fields to pick fruit, and organized fellow pickers to refuse to work for better pay (more than ten cents a box), making himself a target of angry landowners. When he heard they planned to lynch him, he left for New York only to find that his education and experience were worthless there as well. He got on with the railroad as a Pullman porter and spent the next forty years lifting luggage and catering to passengers. The constant travel left him emotionally distant from his wife and children, but they remained together in a crowded basement in Harlem until she died and the children moved away.

Finding work was even harder for women. Hiring ads specified “white women only” and employers chose to hire any immigrants ahead of Blacks. Since they couldn’t do the heavy labor ascribed to Black men, black women usually had to resort to “day work,” cooking and cleaning in somebody’s home or hotel, the very jobs the'd hoped to leave behind. By 1940, there were at least 25 “slave markets” in New York City, where Black women gathered before dawn hoping whites would drive by and bid and pick them to work that day. They could earn up to fifteen cents an hour or fifty cents a day, the price of picking cotton, if they were lucky. 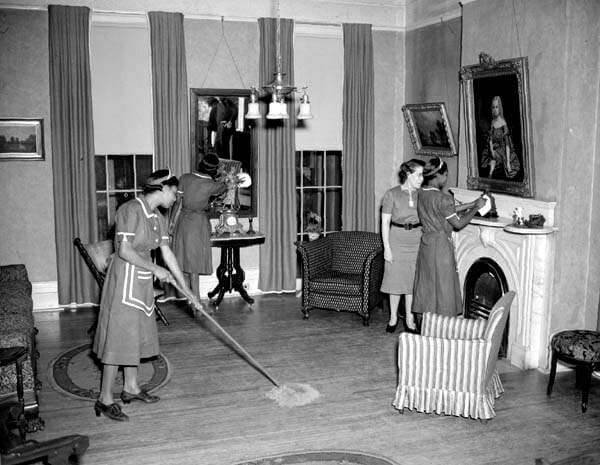 Dr. Robert Foster, son of a prominent principal in Louisiana, had an easier time in California. After being denied jobs in hospitals and clinics, he was able to build up his own practice by catering to his patients on a personal level. Many waited all day for a friendly, unrushed consult. He even became personal physician to Ray Charles. The wife and children he left behind eventually joined him and became active in Black elite social circles. He was determined to own the best house (a 3600 square-foot mansion), to dress his family in the best designer clothes, and to prove to everyone he met that he was worthy. However, he developed a love for gambling and spent thousands of dollars pursuing his passion in Las Vegas and other casinos. But he never let his gambling ruin his life.

By the early sixties, Chicago, New York, and other Northern cities were becoming strongholds for drugs, crime, and violence. The children abandoned while their parents worked long shifts to support them grew up and reacted to the crowded slums and lack of jobs any way they could. After the assassination of Dr. King, riots became common and parts of these cities were destroyed. The crack epidemic brought even more danger and chaos. In the 70s and 80s, a new trend was underway. Many migrants were returning to the South now that Jim Crow was much less abrasive. Things really had improved. Many, including my own parents, preferred the cheaper cost of living, ability to grow food and more breathable air to the squalor of the crime-infested cities.

By the end of the book, Miss Wilkerson shares her last personal interviews with Mrs. Gladney, Mr. Starling, and Dr. Foster. It is the 90s and they have all retired and made peace with their struggles. In his Presidential Inaugural Address of 2009, Barack Obama said this:

In the TED Talk below, Wilkerson shares her thoughts on the impact of the Great Migration.