Passing the Time with The Vanishing Half

The blockbuster novel of 2020 had to be Brit Bennett’s The Vanishing Act, the story of separated twins from the 1950s through the 1990s. Named “Best Book of 2020” by the New York Times, the Washington Post, Time Magazine, Vanity Fair, Glamour, People and NPR Radio, it has been translated into five languages and is achieving comparable success abroad. HBO won the battle for film rights among 17 contenders, and the limited series will  premier in 2022 on the network. Needless to say, I had to find out what this book was all about. For more info about the upcoming series, go to https://www.bustle.com/entertainment/the-vanishing-half-hbo-series-cast-plot-trailer-everything-to-know

The underlying theme is the impact of racial identity. The twins, Desiree and Stella Vignes, have been together since the womb with identical features except the color of their skin. While both are Black, Stella is very fair-skinned and Desiree is a few shades darker, "the color of wet sand". Frustrated with bigotry and limited futures  in the small Southern town of Mallard, LA, they leave home as teenagers in search of a better life in New Orleans. Eventually, Stella leaves again to disappear from her family forever. Mistaken as white by her employer, she finds solace in continuing the illusion and living her best life as a white woman, and when he proposes, she accepts. She spends years protecting her secret.  Here's an excerpt:

" Naturally the truth was neither cynical nor mystical; the twins soon surfaced in New Orleans, selfish girls running from responsibiity.   They wouldn't stay away long. City living would tire them out.  They'd run out of money  and gall and come sniffling back to their mother's front porch. But they never returned again. Instead, after a year, the twins scattered, their lives splitting as evenly as their shared egg. Stella became white and Desiree married the darkest man she could find."

“Passing” (for white) was often the means of escape during slavery and it was a fairly common practice post-Civil War and beyond, but its popularity waned with the Black Pride Movement of the 70s. Most African Americans considered this an act of betrayal, and ostracized those who chose to deny their heritage. So those who chose to pass also had to cut all ties with their Black communities, including their families, for their own sense of peace as well as protection from exposure. This novel takes an even more recent look at what it means to deny your race, extending its setting to the 70s and 80s. It was published at the peak of the Black Lives Matter Movement. In this video, Bennet discusses her inspiration for her characters and setting.

The novel begins with Desiree, the darker twin, returning to Mallard with Jude, her dark-skinned child that no one in this town accepts. Colorism, or prejudice because of skin tone, is deeply imbedded in our history in exclusive fraternities, sororities, and other organizations. "Brown bag parties", where you had to be lighter than a brown paper bag, were once the standard for entrance to a social event. While many whites have preferred to deal with lighter-skinned Blacks since slavery, seeing them as somehow less threatening, the same prejudice has been found in the Black community when it comes to school or club admissions and hiring. Louisiana, with its Creole culture, is particularly well-known for this. In some parts of the world, current generations are still encouraged to "marry up" by selecting a mate who is lighter so that their children's opportunities will be better. You may think this is rare in the 21st Century, but if you look at the complections of the most successful Blacks in entertainment, news, and academia, you will see that it still exists. This paradigm follows Jude through her youth and her own journey to love, work and acceptance. While Desiree searches for Stella to no avail, Jude happens upon her years later, eventually befriending Stella’s daughter and confronting her with the truth. The novel seamlessly moves between the lives of Jude and Stella, forcing us to examine how skin color impacts how we choose to exist.

Sexual identity is also a theme in that Jude falls in love with a transgender man. Understanding what it's like to be "othered," he chooses her while other men reject her. Their relationship ebbs and flows as they help each other through life's challenges, each trying to establish their own identity in a judgmental world. 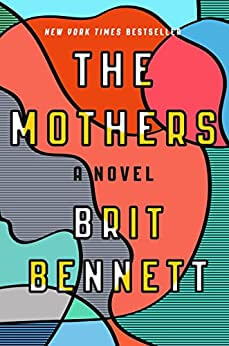 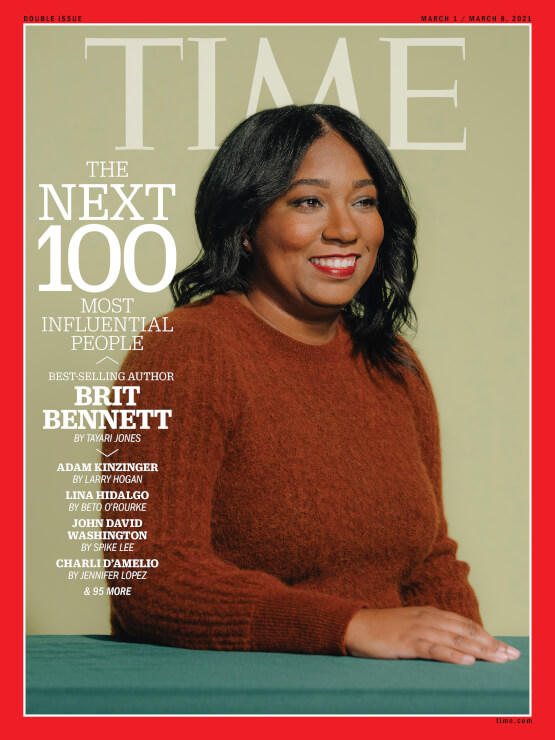 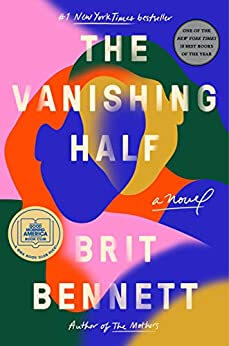 The writing of Brit Bennett has been compared to Toni Morrison, James Baldwin and Anne Tyler. She is also the author of The Mothers: A Novel, named Best Book of 2016 by NPR, Entertainment Weekly, Vogue and other publications. Nuanced and deeply moving, "The Vanishing Half is an unforgettable mediation on family, privilege and belonging." (Esquire)

"A stunning page-turner… It’s a powerful story about family, compassion, identity and roots… You will be thinking about The Vanishing Half long after you turn the final page.” (Good Morning America)

"A marvel... The Vanishing Half is an intergenerational examination of identity, and what it's like to grow up in a body you've been conditioned to be ashamed of. It's a poignant family story that doesn't shy away from the intersections of race, class and gender-- all while capturing the reader's heart and mind in a way that only Bennet can."   (The Rumpus)

"Reinvention and erasure are two sides of the same coin. Bennett asks us to consider the meaning of authenticity when we are faced with racism, colorism, sexism, and homophobia. What price do we pay to be ourselves? How many of us choose to escape what is expected of us?  And what happens to the other side of the equation, the side we leave behind?  The Vanishing Half answers all of these questions in this exquisite story of love, survival and triumph." (The Washington Post)

Check out the interview with Good Morning America where she discusses her themes and plots. Find longer interviews and podcasts on YouTube Premium. The feature film Passing is now airing on Netflix, based on the 1929 novel by Nella Larson. It is the tragic tale of two friends, one who chooses to pass for white and the other who chooses not to. The conflict of race and identity is still with us.