To Vax or Not to Vax

As we enter the eighteenth month of the pandemic, it is hard to believe that we’ve been stuck in quarantine so long. Many of us have ventured out to stores and churches, and occasionally restaurants, to get some semblance of our old lives back. Some of us have returned to work and public schools have reopened. We have shared dinners with friends and family, trusting each other to mask up when going out, and to keep everybody safe. Unfortunately, this hasn’t always worked, and sometimes whole families have become victims of the coronavirus.  Just when we thought it would be safe again, the delta variant started to spread and we were confronted with something new, an alternate disease that was not blocked by vaccinations. We are still hearing about people who have died from complications of Covid. The US death toll approaches 730,000 since the first report of the virus in January of 2020.

As we listened to advice from the experts, Dr. Fauci and others, we learned that the best practices to combat Covid are social distancing, masking up, and getting vaccinated.  The Pfizer and Moderna vaccines were quickly developed and made available to the public, with hospital workers, the elderly, and people with underlying health issues given priority.  Since then, Johnson & Johnson has added a new one-dose vaccine, and all vaccines are accessible to anyone over eighteen. 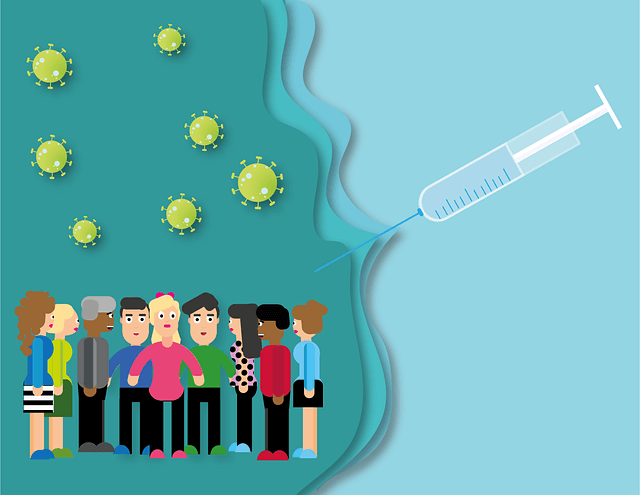 Though over 409 million doses have been given in the US, only 189 million people are fully vaccinated, having received both shots, and that is less than 60% of those eligible to get the vaccine. Television, posters, and social media abound with ads to get vaccinated..Yet, many refuse to do so, citing a number of reasons from religion to fear and mistrust.  But when two members of my household tested positive for Covid, and had to be quarantined in my home fourteen days, I did not test positive or get sick. I was fully vaccinated, and you’ll never convince me that the vaccine is not what saved me. I believe in science, not following what other people say or do.

Let’s examine some of those reasons people don’t get vaccinated.

Do we really know what’s in any medication we take?  Sure, the ingredients are listed on the container, in words most of us can’t pronounce, let alone understand. And even when they may be familiar, as in over-the-counter drugs, we still have no guarantee of how much of each ingredient is in the product, if it is the concentration promised, or if it is actually what it says it is at all. Last year, several over-the-counter supplements were tagged as inadequate in brand name as well as store brand items like iron, vitamins C, D and E and cold medicines. We can only trust that any aspirin or ibuprofen has the dosage promised. There is no way of knowing for sure unless you take every bottle to a lab and have it tested. This is true for packaged food and drinks as well. Do we really know what’s in anything we eat or drink? 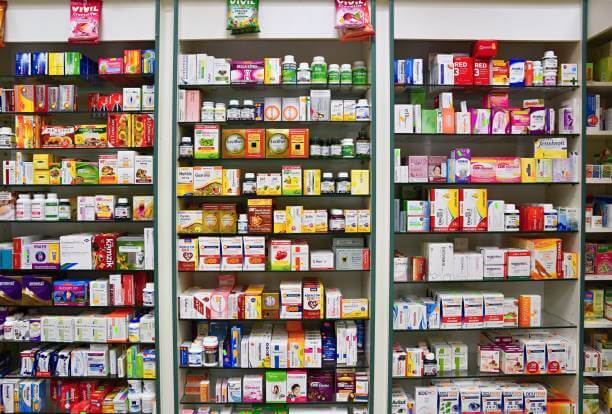 2. "The Covid vaccine is a conspiracy against poor people, especially Blacks and other minorities."

It’s hard to believe that our government would be so sinister as to send detrimental chemicals to urban areas while wealthy areas get healthier compounds. There are certainly some individuals who would do this if they could, but there are too many government restrictions for this to be a common practice.

If you are comparing today’s vaccine with the infamous Tuskegee Study, you couldn’t be more wrong.  Between 1932 and 1972, the US Public Health Service conducted a study on the development of untreated syphilis in Black men in Tuskegee, Alabama. The men were told they were being treated but in fact were given placebos and spinal taps with the promise of free health care and financial reward. They were warned against taking penicillin (the cure), and were told it would kill them. In the interest of research and money for Tuskegee Institute, they convinced Black doctors and nurses to go along with this by convincing the men to stay in the program. Over 400 men died over the course of the study and their descendents shared a $10 million settlement after Senate hearings in 1972.  While this “experiment” was certainly a heinous act on the part of the US government, they did not inject syphilis into these men. They already had the disease, commonly referred to as “bad blood,” in epidemic proportions. There is no comparison of the Tuskegee Study to the Covid vaccine. 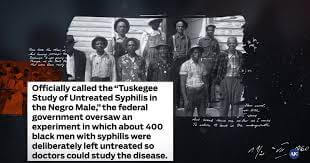 To find more about the Tuskegee Study, check out this link: https://www.npr.org/sections/health-shots/2021/03/23/974059870/stop-blaming-tuskegee-critics-say-its-not-an-excuse-for-current-medical-racism

3."Vaccines and transfusions are against my religion."

Some people claim religious exemptions when their workplace requires the Covid vaccine. They are asserting that the vaccines are derived from aborted fetuses and are therefore an abomination to the body. Neither the Pfizer nor the Moderna vaccine involved the use of cell lines that originated in fetal tissue taken from the body of an aborted baby at any level of design, development, or production. They are not completely free from any connection to abortion, however, as both Pfizer and Moderna made use of a tainted cell line for one of the confirmatory lab tests of their products. There is thus a connection, but it is relatively remote. Some are asserting that if a vaccine is connected in any way with tainted cell lines then it is immoral to be vaccinated with them. This is an inaccurate portrayal of Catholic moral teaching.  (Nexstar Media Wire, September 26, 2021)

There are hundreds of religions, but in a Vanderbilt survey, only five religions ban vaccinations, compared with at least 24 that don’t. Protestant faiths, Islam, Roman and Orthodox Catholicism, Judaism, Hinduism, Jainism, Buddhism, Jehovah’s Witnesses, and more have no prohibition against vaccination. Pope Francis, head of the Roman Catholic Church, called the Covid vaccine " a gift of love".

People can claim religious exemptions to vaccination mandates, but they must prove that their stance is based on a sincerely held religious belief. This may mean endorsement from a religious leader and no previous vaccinations like flu or pneumonia shots.  Employers must accommodate religious beliefs, but not if it would impose an undue burden on their operations.  According to Dr. Fauci, hearing these cases and the fact that this argument exists slows down the progress toward herd immunity.  (Politifact, the Poynter Institute, October 6, 2021)

4.. "People who have gotten vaccinated have still gotten Covid."

This has occurred in a relatively small percentage of cases, particularly after the delta variant surfaced. It was resistant to the vaccine for Covid 19, and some fully vaccinated people did test positive for Covid. However, the degree to which the disease impacted them was usually very mild in comparison to those who were not vaccinated. They may have experienced some coughing or sneezing, a mild headache or fever, more like the common cold. Or, they may have had no symptoms at all. If they did have symptoms, they usually disappeared in two or three days after which they remained in quarantine to avoid spreading it to others.

On the other hand, those who were not vaccinated who contracted the delta variant, had severe symptoms, difficulty breathing, and usually required hospitalization and sometimes intubation. The delta variant came on much more quickly than Covid 19, and affected a higher proportion of young people. Today, the strongest proponents of vaccination are those who developed Covid, and after a harrowing experience, they survived, telling anyone who would listen to “get the shot.”  On the other hand, there are several in the news who spoke out vehemently against the vaccine, and some of them, like talk show host Phil Valentine, have since died from Covid. Your odds of survival are much better if you are vaccinated.

Getting the vaccine is particularly important for the elderly. The death rate from Covid is 20% higher for people over sixty-five. Often facing underlying conditions such as cancer, diabetes, and kidney and lung disease, we are much more likely to develop life-threatening symptoms and require hospitalization. There, despite the best efforts of the staff, they are exposed to other sick people and isolated from their families. During the first six months of quarantine, many people were forced to see parents and grandparents die alone as hospitals tried to keep them isolated from  visitors. If breathing does not improve after being on a ventilator several weeks, doctors would perform an endotracheal intubation,  inserting a tube through an incision in the throat. These last-resort procedures were often unsuccessful and patients never recovered. Others had long-lasting side effects: continued difficulty in breathing, extreme fatigue, and blood clots that led to heart failure.This trauma to patients and burden on the family can be avoided.

Just get the shot. And like getting tested, it’s free. Do your part to stop the spread of Covid. I know this is a cliche, but the life you save may be your own.