Terry McMillan, the Voice of Sisterhood

Terry McMillan has become a household name. Since the publication of her first book, Mama, in 1987, followed by Disappearing Acts in 1989, McMillan has been the voice of Black women reading. It was in the 80s that Oprah's Book Club premiered inspiring the sprouting of book clubs all over the country. And while Oprah started out focusing on the classics, from Maya Angelou and Toni Morrison to William Faulkner, and included authors of all ethnicities, Terry became the number one author for Black women (and a few Black men) wanting to read about everyday people like themselves.  Her real success, however, sprouted with the publication of Waiting to Exhale in 1992, followed by the blockbuster movie in 1995, starring Whitney Houston, Angela Basset, Loretta Devine and Lela Rochon.  By 1995 the book had sold over three million copies. The paperback rights sold for 2.6 million, the highest price for any reprint rights at the time. "The novel contributed to a shift in Black popular cultural consciousness and the visibility of a female Black middle-class identity. McMillan was credited with having introduced the interior world of Black women professionals in their thirties who are successful, alone, available, and unhappy." [4]  Her she-roes were not poor women struggling to overcome abuse and poverty, which had been the formula for Black women authors prior to that. After Waiting to Exhale, anything Terry McMillan wrote became a Black woman's fantasy. Her stories dealt with middle-class women looking for love and happiness. They included the happily and unhappily married, conflicted families, and women just trying to survive in the modern world. Her newest book, It's Not All Downhill from Here, marks her tenth novel. She has also adapted two of her books to screenplays and edited and contributed to several anthologies. 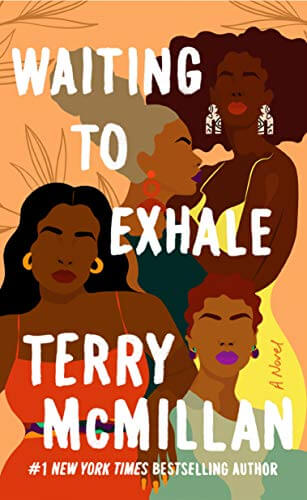 How Stella Got Her Groove Back was McMillan's next bestseller, published in 1996. It evolves around 42-year-old Stella who meets Winston, a Jamaican half her age, on a spur-of-the-moment vacation. Of course they fall in love and she struggles with whether or not she should continue the relationship, even trying it out at home. After scenes of awkwardness with friends and family, she decides that love is worth it after all. This book was based on McMillan's own experience, meeting  Jonathan Plummer on a trip to Jamaica. They married three years later, after which he declared that he was gay and the marriage resulted in a heated divorce.  While it wasn't her most popular book, How Stella Got Her Groove Back was made into a blockbuster movie in 1998 starring Angela Basset and Taye Diggs, and the movie is still a fan favorite.

McMillan didn't publish another novel until 2001, when A Day Late and a Dollar Short came out. This novel follows the Price family, headed by matriarch Viola, an errant husband and four grown children, each wrapped up in their own problems and priorities.  When Viola faces a health crisis, her family must forget about their own selfish issues. While the plot seems tragic, the book is filled with hilarious characters and unexpected outcomes. It was made into a Lifetime movie in 2014 starring Whoopi Goldberg and a cast of veteran actors.

The Interruption of Everything came out in 2006. Marilyn Grimes, a 44-year-old mother of three, has spent her time deferring her dreams to create the perfect suburban life for her family. She thinks she is experiencing symptoms of menopause when she realizes she in pregnant and must stop taking care of everyone else and attend to herself.  This is a story too common for many of us, a woman torn between work and family with too little time for self-care.

After the last two books were not as popular as previous works, McMillan wrote a sequel to Waiting to Exhale, following the four friends fifteen years later in Getting to Happy (2010). Faced with problems in marriage and finances, the women renew their strength in each other and reclaim their joy with faith, feistiness, and friendship.  However, it did not resonate with fans as Waiting to Exhale had.

Who Asked You? is one of my favorites. Published in 2013, it follows the life of Betty Jean, or BJ, as she juggles a sick husband and adult children with issues. Suddenly, her daughter leaves two small boys in her care and she must, once again, alter her life to include the care and management of others.  Like most of her later novels, we find ourselves asking, "Is it too late for love?"

I Almost Forgot about You  was published in 2016. Dr. Georgia Young's wonderful life—great friends, family, and successful career—aren't enough to keep her from feeling stuck and restless. When she decides to make some major changes in her life, including quitting her job as an optometrist and moving, she finds herself on a wild journey that may or may not include a second chance at love. She decides to track down her exes on Facebook and find out what went wrong. Her bravery reminds us that it’s never too late to become the person you want to be, and that taking chances, with your life and your heart, is always worthwhile. “Reading a Terry McMillan book feels like catching up with an old friend. . . . "I Almost Forgot About You is a book that is important for readers of every age.”—Ebony 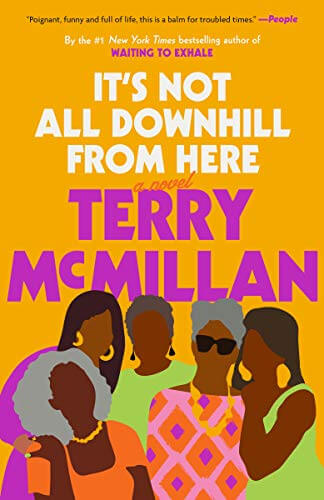 In typical McMillan fashion, It's All Not Downhill from Here, published in 2020,  follows a circle of friends who meet and commiserate, but this time, they're all approaching seventy.  The main character, Loretha, is about to celebrate her 68th birthday when tragedy strikes, forcing her to alter her lifestyle and face issues that have gone unattended.  Her friends as well are going through life changes, from health and romance to troubled children, and they share their joys and sorrows at monthly dinners. Estranged from her twin sister and daughter, Loretha is overweight and under-exercised, a fate common for far too many of us. Through the novel, we see her transform her body and her lifestyle to meet the challenges of aging gracefully.  This is a book for the seasoned McMillan reader. The hopeful theme is in the title: "It's Not All Downhill from Here."

While McMillan's novels do not demand the same intensity and analysis as "literary" novels by Alice Walker and Toni Morrison, they fill a void for reading by the general public: working or stay-at-home mothers, empty-nesters, seasoned women looking for a good time alone.  They are fun to read and relaxing to think about, really all we need when we want to unwind.  They provide us with great stories for vacations or commutes, or if you're like me, reading on the back porch or patio.  They have happy endings and positive themes, and sometimes, that's just what we need.

We've been enjoying books by Terry McMillan over thirty years. Her characters have entertained and motivated us as we, like them, continue to face growing older and the challenges it brings.  McMillan has inspired us to meet those challenges with love and laughter, never forgetting who we are, and constantly striving to become who we want to be. She has instilled in us the value of friendship, encouraging us to value the friends we've made over the years and to support them in whatever trials they face. All of her books have the recurring theme of relishing every moment and never giving up on love, She is the voice of sisterhood, the mirror of who  we are and want to be. Thank you, Terry McMillan, for your vision and the pleasure of reading your books. They represent who we are, today, tomorrow, and always. 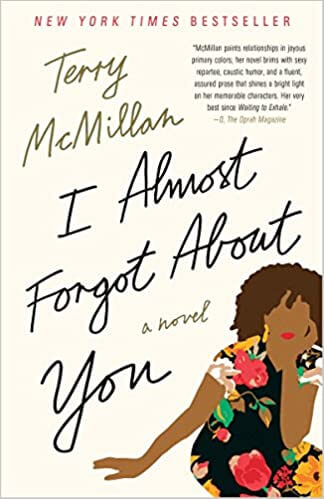 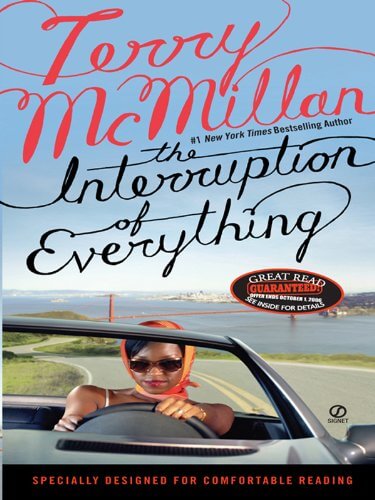 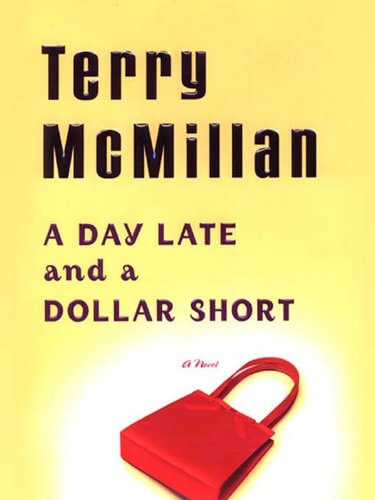 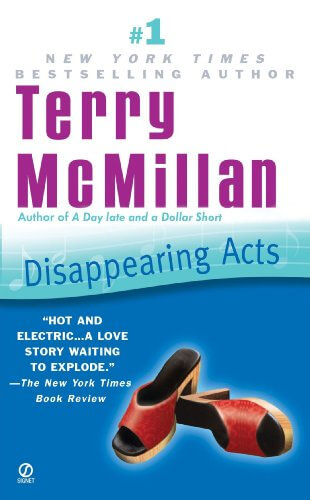 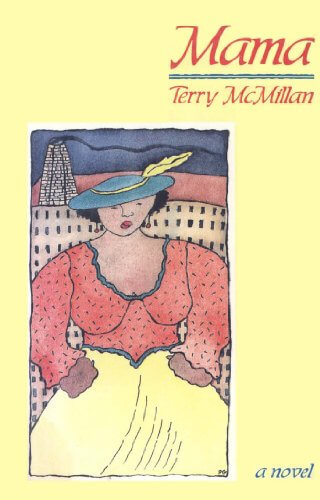 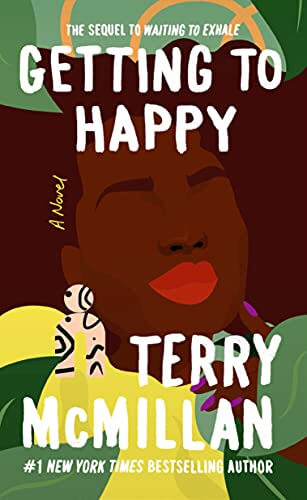