Growing Old with Aretha: A Tribute to the Lady and Her Music

My life has been defined by the music of Aretha Franklin. Growing up in the 60s, my joy was the music of Motown. I loved the sounds of the Temptations, the Miracles, the Supremes and Martha and the Vandellas, I also loved Sam Cooke and Jackie Wilson. The sixties took me through middle school and high school where I honed my taste in music. In the midst of it all was a commanding voice that made me want to get up and dance, or sit down and cry. That voice belonged to Aretha.

Aretha was born in 1942, just nine years before me. Yet she cut her first album by the time she was fourteen. Under the guidance of her father, Rev. C.L. Franklin, The Gospel Sound of Aretha Franklin was released in 1956. She was influenced by such greats as Clara Ward, Albertina Walker and James Cleveland, giants in the gospel community who impacted the Sunday service at my church.  Any gospel singer who crossed over into secular music back then was considered a hypocrite or a traitor, but in 1960, Aretha did just that, with her album, Today I Sing the Blues. And while Columbia Records tried to market her across genres from blues to soul and pop, she didn't achieve commercial success until the release of I Ain't Never Loved A Man, a mix of gospel and R & B. It was her first million seller, produced by Jerry Wexler of Atlantic Records who encouraged her write her own music and sculpt her own style . 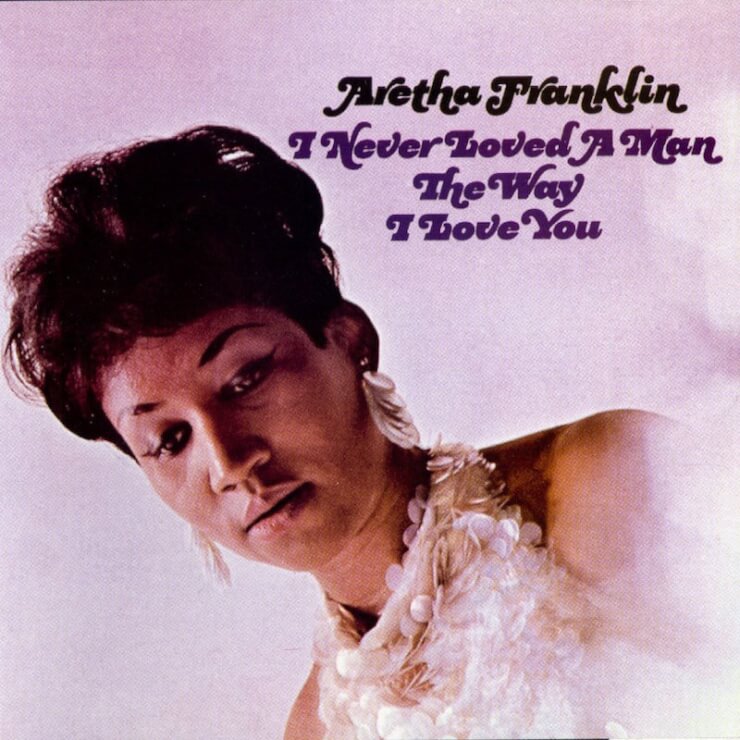 All these memories came flooding back as I watched the mini-series, Genius: Aretha, recently. While actress Cynthia Erivo didn't really look like Aretha in the face, her command of her diction and singing style made me forget she wasn't the real thing. I had studied Aretha's speech patterns while directing an actress to portray her in one of my plays, Women, Words and Wisdom. While I could tell subtle differences in the songs from the Aretha I knew and loved, her speaking voice was on point.  Courtney Vance does an outstanding job as her father, and Shaian Jordan, who played young Aretha, was truly amazing. I didn't know about Aretha's role as a civil rights activist or her collaborative relationship with Dr. King. The series took me back to heartbreak songs from my high school and college years to what I adopted as my theme song in 1998, "A Rose Is Still a Rose".   I can't wait for the next biopic starring Jennifer Hudson. She was Aretha's first choice.

Songs from Aretha marked important moments in my becoming a woman. There was my first formal, the Military Ball of 1966, after which "Respect" played over a loudspeaker in a Chinese restaurant on the south side of Chicago following a very bad date who pulled rank when my friends in ROTC asked me to dance. After pouting in the restroom and agreeing to go out to dinner to salvage the date, I found nothing familiar on the menu and got teased when I ordered a hamburger. With "Sock it to me, sock it to me" still echoing in my head, we got into a fender bender in the rain, and I sat in the car alone while the driver was lectured by the police. While "Respect" is Aretha's signature hit, it always brings back the memory of that fateful night. After this hit, Aretha was crowned "Queen of Soul". In the midst of the Civil Rights Movement,  "Respect" became an anthem for personal, sexual, and political freedom.

I danced to Aretha's music as I found new loves: "You Send Me,"  "I Say a Little Prayer,"  "Rock Steady," and "Get It Right". I cried to Aretha's music as I nursed my broken heart to "Call Me,"  "Baby, Baby, Baby" and "Do Right Woman, Do Right Man."   In the early years of my marriage, when I was angry with my husband, I'd play all my favorite Aretha blues songs, sending out well-pointed messages about whatever I thought he had done.  I had every album. He knew to just leave me alone until I was out of my Aretha mood.  My favorites are still her covers of songs by others: "Ain't No Way," "Share Your Love with Me," "The Tracks of My Tears," "You're All I Need to Get By,"  and of course, "Bridge Over Troubled Water".  She was the back-up singer to my life. 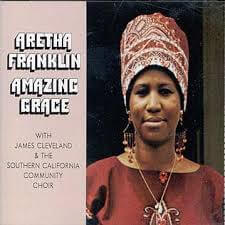 In 1972, Aretha returned to her gospel roots with a live recording of her album, Amazing Grace.   "How I Got Over,"  "What a Friend We Have in Jesus,"   "Precious Lord, and "Amazing Grace" brought back memories of my childhood church. And they revived  memories of my mother who died just four months after my college graduation that year, her wish to see me graduate fulfilled. The hardest song to listen to was "Never Grow Old," her favorite, which she sang both at church and at home. To this day, I cannot sit through it.

While her albums after 2000 never matched the commercial success of her earlier years, she still remains my favorite R&B singer.  I play her music while I'm cooking or reading. I watch her performances on YouTube. She has a song for every mood.  To me, she is the greatest singer of all time.

At the Grammys in 2018, Aretha stepped in for her friend Luciano Pavarotti when he became too ill to sing. She requested his rehearsal tape and within minutes, sang this challenging opera selection, "Nessun Dorma" in Italian!  She recorded it herself on her LP, Jewels in the Crown, her next-to-last album.

Here is a link to  her top-ranked albums:  https://www.ranker.com/list/best-aretha-franklin-albums-list/referenceH

I saw her in person once. It's common knowledge that Aretha stopped flying after a scary ordeal, so when I heard she was coming to Dallas, just 25 miles away, I had to get tickets. They brought her on after a recorded medley of her songs, including "Natural Woman," but she never sang it. I was disappointed about that, but still thrilled to see her perform her old hits as well as the latest ones. Of course she brought on her gospel back-up ladies and had church. By then, she had gained a lot of weight but she still looked stunning in her low-cut dress and fur coat, her trademarks. But the surprise for me was when she sat down at the piano, reached up and grabbed her ponytail,  took it off and laid it on the bench. Before starting to sing, she spoke into the mic, "It was never about the hair."  And it wasn't. We all went on to enjoy the concert. Aretha would always be Aretha, moving to whatever her spirit told her to do.

And here are the lyrics to what I consider my theme song (pun intended), "A Rose Is Still a Rose."  It's a message for every woman who has loved and lost, been hurt and survived. It is a metaphor about women as we grow older. "A rose is still a rose, 'cause Baby Girl, you're still a flower."  It is positive and uplifting. It will make you want to move. It's about empowerment. It is Aretha's story. It is my story. And it is ours.

In 1987, Aretha became the first woman inducted into the Rock and Roll Hall of Fame. By that time, she had recorded such hits as "Trouble in Mind," "I Ain't Never Loved A Man," "Baby, I Love You,"  "Jump to It," and  "Freeway of Love."  "Natural Woman"  is still my favorite.  I used to play it for my husband when I wanted him to know how much he meant to me. I played it in my classroom to inspire my girls to be their best selves. I was moved to tears when I saw her sing it for The Kennedy Center Honors in 2015, in a tribute to its writer, Carol King. Even Barack Obama was crying.  Aretha was there, still singing, still dropping her fur on the floor.

On August 16, 2018, at age 76, Aretha died from pancreatic cancer. She had struggled with it for eight years.  Over the course of her career, she recorded over seventy albums, including sound tracks,  live performances, gospel, Christmas, and compilations of her older works. There will never be another Aretha. But her music keeps her alive in our hearts. She made me feel like a natural woman. I miss her still.