The Color Purple: the Book, the Movie, the Play!

Most people have seen the movie, The Color Purple, released in 1986, but they’ve never read the book. This is the movie that sparked the careers of Oprah Winfrey and Whoopie Goldberg as actors, rather than talk show host and comedian. The casting and acting were phenomenal and the directing was superb. Steven Spielberg actually sought out Oprah Winfrey to play Sophia after seeing her on a morning talk show. He told her, “You are Sophia.” She had never acted before. But despite being nominated in nearly every category of the Oscars, including three best actresses and best screenplay , soundtrack, director and movie, it lost out on all counts. The politics of the Academy seemed to be against Steven Spielberg that year, though they honored him with the  Irving G. Thalberg Memorial award the following year.   Perhaps it was in part because of the controversy surrounding the book and movie. There were boycotts of the book because of the sexual imagery and public protests from Black organizations such as the NAACP, who argued that the images of Black men were all negative and the book suggested that the solution to male cruelty was to become a lesbian. On the other hand, there were Blacks who protested the movie being directed by a white male, implying that he did not have the experience to do the book justice.

Spielberg was able to capture the conversational tone of the novel which is written as journal entries and letters to God and each other between Celie and her sister Nettie. The two sisters, separated when they were teens by Celie’s vindictive husband, follow separate paths to marriage and motherhood, both overcoming the abuse of women, both physical and sexual, that was so common in the 40’s and 50’s.

The author of the book, Alice Walker, demonstrates Celie’s growth and maturity by elevating the language as the novel progresses. When it begins, Celie is barely literate, misspelling words and misusing punctuation. But as she matures, so does her writing, reflecting the voice of a lonely, suffering woman who knows nothing about love until Shug Avery comes to town. In this relationship, author Alice Walker offers homosexuality as an alternative to demeaning treatment by men. This, and the portrayal of her husband as a controlling abuser, made some question the value of both the book and the movie. But this was a condition that many women, especially the poor and uneducated, had to endure because they had no other options in the 1940s.  The book, however, delves more deeply into the physical relationship between Shug and Celie, and the author was angry that this was minimized in the film. However, she was pleased with the overall product after all the public acclaim, though the criticism took its toll, causing her to go into solitude for months after the movie premiered. The characters of Celie and Shug were modeled after Walker's grandmother and the paramour of her grandfather, a woman of ill repute that his parents refused to let him marry. So Walker had bared her soul and her family's history, only to be criticized at every turn. At this point in her life, her freedom was her top priority, and she soon moved from heterosexual to homosexual relationships, promoting the concept of "womanism"or free will, in her writing.

The novel is creatively and eloquently written; so don’t just depend on the movie for the story. There are actually two sequels to The Color Purple by Alice Walker that deal with younger generations.  The Temple of My Familiar (1989) follows Celie as a grandmother, living her final years with Nettie as they share the horrific stories of their family to their generations. Possessing the Secret of Joy (1992), picks up the story of Tashi, Celie’s daughter-in-law, as she recalls the brutal genital mutilation required by her tribe and its affect on her sanity. Both  books are excellent reads that continue the theme of strong Black women surviving against overwhelming odds. A play version of The Color Purple has also been popular since 2005, and the score is outstanding, but it misses some of the memorable scenes that are so creatively juxtaposed in the film version, like the scene where angry Celie is holding a knife to Mr’s neck as she is about to shave him, paired with the tribal facial cutting experienced by Celie’s grandson and his wife. The music to the play is all new, and it sparked the career of Tony-winner Cynthia Erivo as well as boosting established stars like Jennifer Hudson, Heather Headley and Fantasia. 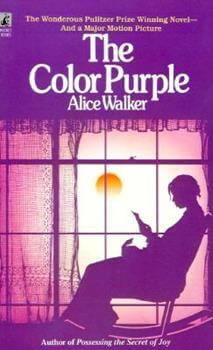 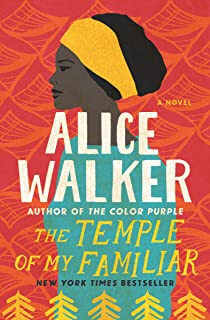 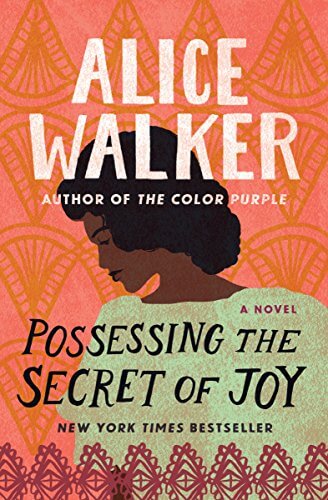 The Color Purple is one of my favorite books. The title comes from a line where Shug Avery tells Celie,” I think it pisses God off if you walk by the color purple in a field somewhere and don’t notice it.”  She has been put out of her father’s church and disrespected in the Christian world, but even she has a sense of what God wants her to do: to show love and gratitude. The Color Purple is my favorite movie and my favorite play. It is also the source of my favorite show tune, the theme song from the finale. It symbolizes how we all come from and benefit from nature. We share the gifts that God has given us on earth as well as love, hope, and freedom. We are all a part of the same miracle. After a life of pain and abuse, Celie, too, can feel love and gratitude. She can say, “Look what God has done.” 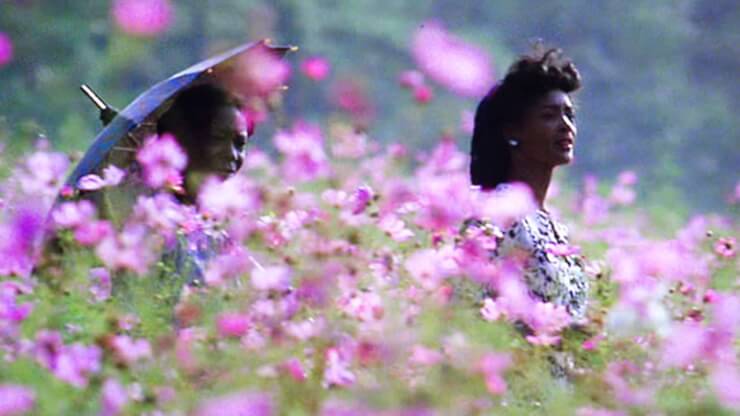 Dear God, dear stars, dear trees, dear sky,
Dear peoples, dear everything, dear God,
God is inside me and everyone else
That was or ever will be.
I came into this world with God
And when I finally looked inside, I found it,
Just as close as my breath is to me.
Rising...
Rising...
Rising…
Like the sun
Is the hope that sets us free
Your heart beat
Make my heart beat
When we
Share love.

Like a blade of corn,
Like a honeybee,
Like a waterfall,
All a part of me.
Like the color purple,
Where do it come from?
Now my eyes are open,
Look what God has done.

It take a grain of love
To make a mighty tree.
Even the smallest voice
Can make a harmony.
Like a drop of water
Keep the river high,
There are miracles
For you and I.

Like a blade of corn,
Like a honeybee,
Like a waterfall,
All a part of me.
Like the color purple,
Where do it come from?
Now my eyes are open,
Look what God has done.

CELIE:
I don't think us feel old at all.
I think this is the youngest us ever felt.

Enjoy this clip featuring Cynthis Erivo and Heather Headley.  We owe this work, in all its forms, to its originator, the very gifted Alice Walker, author of 50 books of stories, poems and essays.  Look what she has done.