Most of us will admit how blessed we are to see another Thanksgiving Day. We are excited to be with family and to enjoy a fine meal made from hours of preparation. Add to that, football games and a little family drama, and we're making memories worth sharing for years to come. But in recent times, this day to count our blessings has been marred by our obsession with shopping, rushing out sometimes before the food is cold, to hit the stores and find the big sales.The term "Black Friday" came about to reflect that businesses would be "in the black" after the weekend sale that kicks off the Christmas season. Malls were able to reduce their deficits to record-breaking sales in some years, and for many families, mine included, Thanksgiving Dinner was followed by bringing out the sale papers and mapping out our routes to get the biggest bargains before the stores ran out of what we wanted.

We'd start at Starbucks by five A.M. and get in different lines to get the most coveted deals. Then the stores started opening earlier, forcing their employees to work Thanksgiving Day to get ready to open at midnight or earlier. Everybody wanted to get the jump on Black Friday. Now some stores are opening in what should be dinner time, baiting shoppers to abandon the family tradition of sharing a once-a-year meal in the name of bargain hunting. A day that should be one of gratitude and recognition of our blessings has become as commercial as Christmas. This is unacceptable. 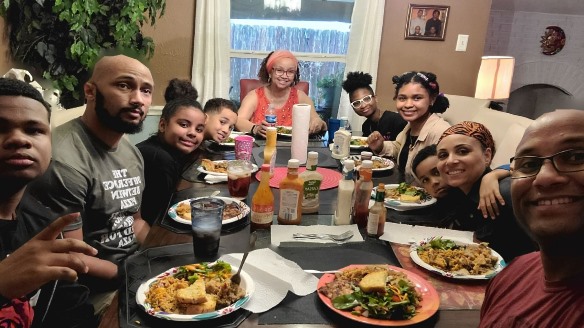 A few years ago, several groups, including the Nation of Islam, started a "Boycott Black Friday" movement, encouraging people to protest police shootings, racism,and the commercialism of Christmas by not supporting these store campaigns. The rationale was that economics is the only way to get people's attention, and hopefully, it would force change. There was actually a decline in sales this weekend of eleven percent for the last three years. But this year, I've seen nothing about this movement, yet the sale times continue to be pushed back farther and farther. I would be furious if I had been cooking for days only to have my guests, some of whom were too cheap or busy to bring a dish, abandon me to spend their money on themselves or others. And let's face it, many Black Friday shoppers are looking for deals for themselves; it has nothing to do with the Christmas spirit. And this is really unfair to those store employees who would love to spend the day with their families, but have to work or lose their jobs so that their employers can outdo the other stores in profits. So where is the protest this year? I guess it's gone the way of the Boycott Football Movement we heard about just before the season started. Taking a knee was a big deal for a while, but now, who's still kneeling before a game? When it comes to football and shopping, we are so easily distracted.

The real Black Friday is not a day to go shopping, nor does it follow Thanksgiving. It happened nearly 2000 years ago in Jerusalem. Black Friday was the day the sky grew dark as Jesus Christ gave up His life on the cross. It was a dark day for all who mourned him and Christian churches observe this day with sadness still. But Sunday morning, He rose from the dead and we celebrate that day in the form of Easter Sunday. Still, we have managed to commercialize that, too, in the marketing of Easter baskets, bunnies, and new clothes.

But nothing tops what the business community has done with the so-called Black Friday, turning a day of gratitude into a weekend of shopping frenzy.So where will you be on Friday? Will you be reminiscing on the wonderful time you had with your family this weekend? Recovering from eating or drinking too much? Or pushing and shoving in line as you spend much more than you know you should. The need to boycott Black Friday is still there. Racism and police shootings are more common than ever. Clearly, America is not listening when we voice our objections or protest on our knees. An economic voice is the loudest voice we have. So let's use it, and not allow ourselves to be caught up in the game, manipulated into abandoning our families and our bank accounts so that somebody else can make a profit. What will you be doing this Friday? 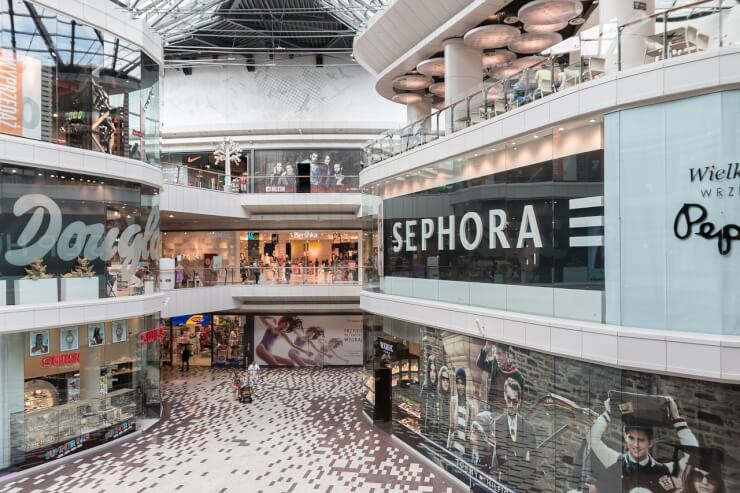