This is the first chapter of my latest book, Seasons, My Journey through Grief. It chronicles my husband's battle with sarcoidosis and my own recovery after his death. It was also selected for the anthology, Rave Soup for the Writer's Soul, Volume 3, published by Rave Reviews Book Club.    On Father’s Day of 2016, I lost my husband. We’d been married forty-one years, and had dated six years before that. I’d been with him since I was eighteen, so I really couldn’t imagine life without him. The first thing I said when the doctor and chaplain told me he was gone was this: “How will I ever survive?”

It had been a really good day. Two of our sons had planned to visit us from Houston, one bringing a new granddaughter we hadn’t seen. We hadn’t been traveling like we used to because Art had been sick over a year. Last summer, he was diagnosed with sarcoidosis, the disease best known as what actor/comedian Bernie Mac had. “But he didn’t die from it,” I took comfort in saying. “He died from pneumonia complications.” There is no cure, but many people either live with it with the help of steroids, or it becomes inactive. Despite my rigorous attempts to feed him well, take him to specialists, and monitor his medicines, we were not so lucky. He became weaker and weaker, and soon his heart and kidneys were affected. He was in and out of the hospital the past year, sometimes for weeks at a time. I was starting to lose hope.

Between taking care of him at home, working part-time as a teacher, and spending several hours a day at the hospital when he was there, I had trouble staying focused on my prayers. So I did one of the things I felt I did best: I started writing. I started a prayer journal, and I’d go back and revisit what I had prayed for. Of course I asked for his healing every day. Sometimes, I just vented. I wondered why our prayers weren’t being answered. I questioned my faith. But I did not want to give up hope or alarm our sons.  So when my oldest and youngest told me they were coming and bringing the baby, I called my middle son, who was stationed in San Diego in the navy, and told him that it would be so nice if they were all there. He agreed. I didn’t tell them that I was afraid this might be Art’s last Father’s Day. Little did I know that it would be his last day. . . period. 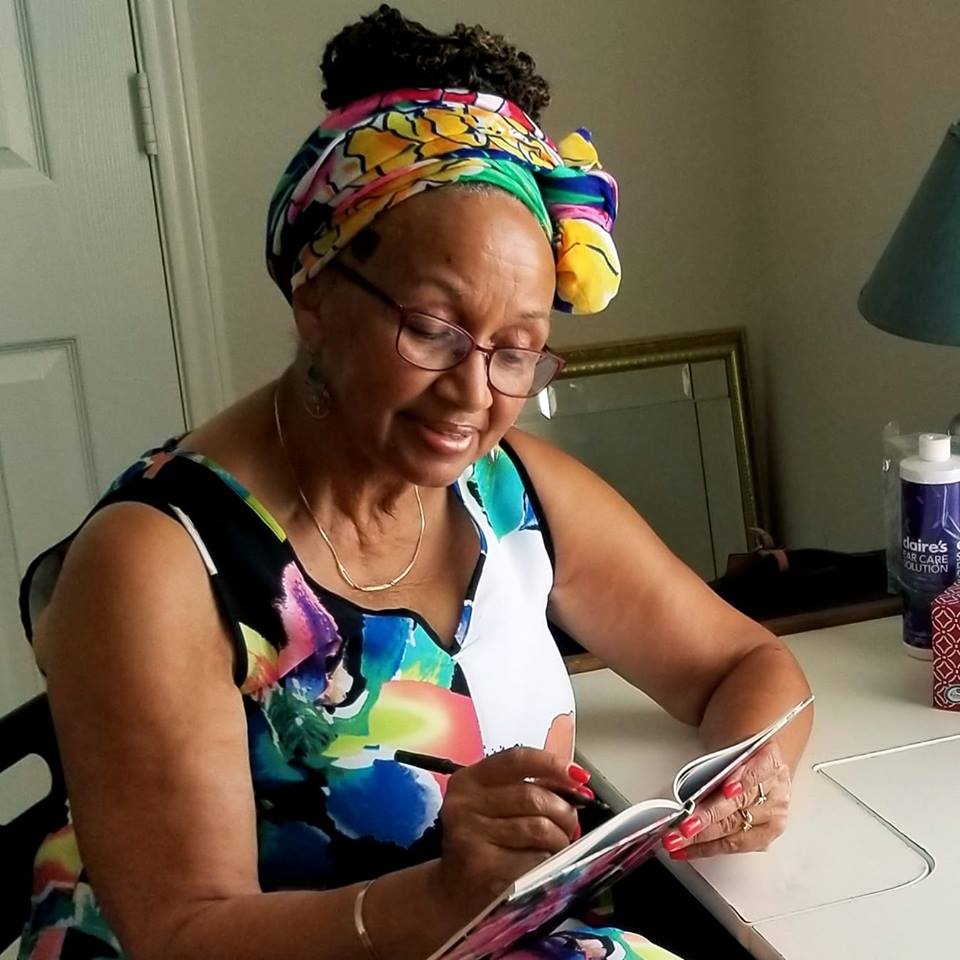 Art had only one claim to fame in the kitchen, and that was pancakes. Over the years, we shared many Sunday mornings with Art’s pancakes, and the boys later brought their friends home from college to sample them. In recent years, the grandchildren lined up to help him. I was the pancake chef now, and we made our big Sunday morning breakfast as usual, making sure to take him some as we left for the hospital.

We visited all afternoon. Our sons each had their private moments with their dad, then they headed back to Houston. It was the last day of the 2016 basketball season, and everybody wanted to get home in time for the NBA playoff game. One of the downsides of hospital life is watching television on those small screens, but I stayed with Art, of course. He’d been looking forward to that game for so long.

The game was exciting. Art was an avid basketball fan and his two favorite athletes, LeBron James and Steph Curry, were the stars on opposing teams. The lead volleyed back and forth. But Art kept dozing off. Weeks later, I remembered wandering over to the window and admiring the sunset. Looking back, I see that beautiful sky as an omen, a gracious ending to the day and his life. A couple of times, I tried to wake him up, then I kissed him on the forehead and told him I’d see him tomorrow. I wandered into the deserted parking deck for probably the hundredth time, and found my way back to my empty house.

A little after midnight, the phone rang. It was the hospital. I needed to come right away. They couldn’t give me any details. Of course I panicked. I prayed all the way there as I had so many times before, that this wouldn’t be the end, that it was just another scare they could bring under control. But when I walked off the elevator and saw the doctor and the chaplain, I knew. They led me to the conference room and closed the door. Neither seemed to know how to start. So I asked them, “Is he dead?” They both nodded yes.

I sobbed, and tears came gushing out. “How can I survive without him? We’ve been together forty-seven years!” I felt that I was in the middle of a nightmare, and somebody would wake me up and it wouldn’t be true. But deep down, I knew better. It was over. He was tired of trying: trying to eat, trying to move, trying to be hopeful. He was just too tired, and I couldn’t blame him, as angry as I was that he seemed to be starving himself to death. He needed to rest, and God had chosen to take him home.

With the love and company of family and friends, I somehow got through the next few days. We had a wonderful memorial service with the kind of words and music he would have loved: a drum processional, his best friends as speakers, a joyous recessional with Panamanian dance music. But after all the company had gone, and even after I took a three-week vacation, I had to come home. 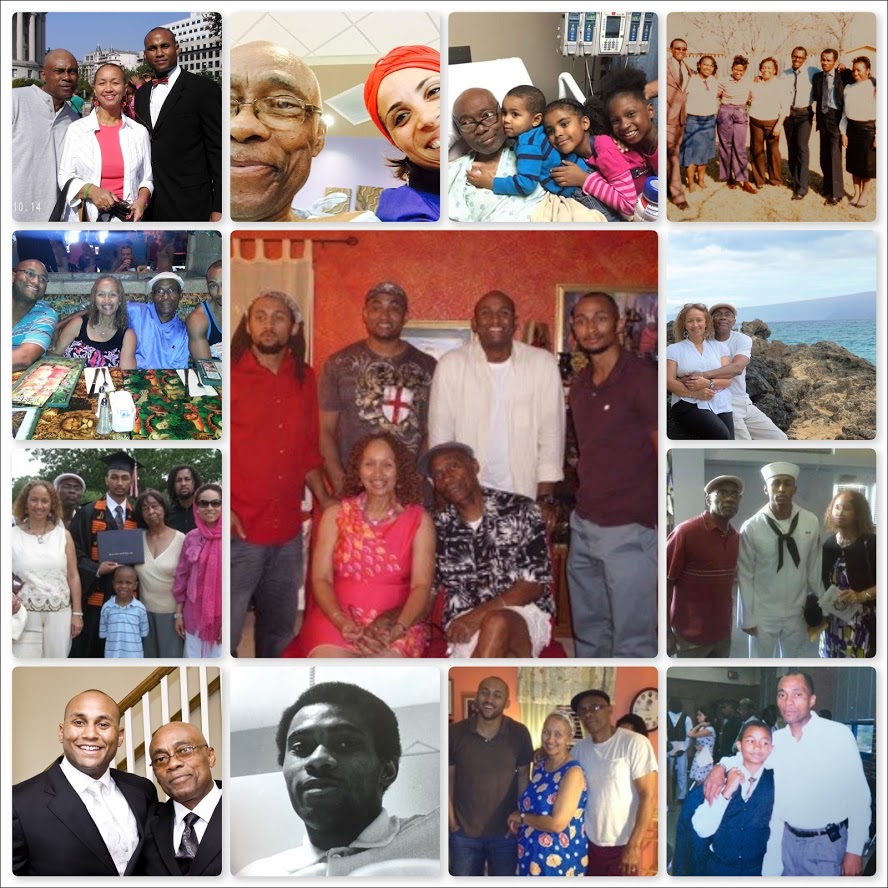 Home is different now. Instead of the loving home where we shared so much time, the house is now big and empty. There are reminders everywhere of the life we used to have. I still can’t move to his side of the bed. Sometimes I’ll see something, like his golf clubs in the garage or his shoes under the bed, and the tears just well up. I won’t erase my voice mails for fear of losing that one recording of him saying, “Love you.” What I wouldn’t give to hear his voice again, or to feel his arms around me! I used to wonder, as his energy waned, if we’d ever dance again. Art was a wonderful dancer, and I’d tease him and try to get him up to dance when a song came on the radio that I liked. Little did I know that the music had already stopped.

I now know that grieving is a process. It’s not to be ignored. I can’t avoid his pictures or talking about him, even if that makes me cry. I have to just let the tears come. So I give in to my grief most mornings on the patio he built for me because he knew how much I loved being outside. I read my inspirational books and I write in my prayer journal, still praying for grace, mercy, and guidance on this path. Many people tell me that it gets a little better each day. That’s not exactly true. I have peaks and valleys; never a straight line. Some days, I can’t shake the sadness off, or lose the loneliness. But I put on a brave face. I keep busy. People tell me that I’m a strong woman and that he’d be glad to see I’m doing so well. They just don’t know how I really feel.