This is the introduction to my first book, 7 Tips for a Successful Marriage, published in 2012. I always knew I wanted to write after I retired from teaching, and when my husband asked me what I knew a lot about, I replied, "Being married to you." So after some research, I came up with my best advice and peppered it with stories from our marriage. Little did I know that I would lose him four years later, and the dreams we had of growing old together would never come true, but our journey still brings fond memories and gratitude for the life we had.. For the seventh anniversary of my writing career, I am sharing my first book with you. It's available at Amazon, http://amzn.to/2n6blQA

When my parents married in the 1930s, they expected to be married for life. By the 1960's, one in four marriages would not survive. Today, in 2012, four out of every ten marriages is expected to end in divorce. Despite these growing odds against marital bliss, couples continue to walk down the aisle or to city hall every year, eagerly hoping that they will beat the odds. Filled with romantic idealism, some have unrealistic expectations about their mate, while others see them as they truly are, flaws and all, but feel that they have what it takes to weather the storms. When storms do come, many of them run for cover to the nearest courtroom to petition for divorce or separation. It was just too hard. 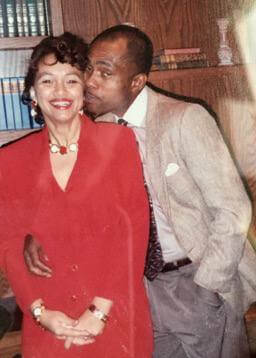 It's true; marriage is hard. But giving up is the easy way out. Marriage takes a lot of time, work, and commitment, and while most of us heard this before the wedding, we didn't really listen. We either didn't think those words applied to us, or that those terrible things that cause divorce would not happen to us. We expected a ten-year honeymoon and after that, everything else would be icing on the cake. We'd be just like our grandparents who have been married forever. We promised to stay together for "better or worse," but when "worse" came to visit, we abandoned ship. After all, nobody thinks badly about divorce like they did in the thirties. There's no stigma attached to a failed marriage anymore. People won't blame you for a marriage that just didn't work out. Things happen. Maybe this is part of our "throw away society," but there are those who have been able to make it work, to recycle the old love into new. I am one of them.

My husband Art and I have been married thirty-six years. The day before our wedding, one of his friends bet him fifty dollars that we wouldn't last past five years. We were too different. And we were. We're still different in more ways than I can count, but it's the differences that keep our marriage alive and interesting. We don't usually like the same movies or read the same books; we eat and sleep at different times of the day. We don't always agree on where to go or how to spend our money. But while working out those differences has been a challenge, it has also made for a glorious journey. It's those basic differences between men and women (you know, Men Are from Mars, Women Are from Venus ?) that attracted us to each other in the first place. I have come to believe that when couples have too much in common, they get bored with each other. Then they look for "interesting" outside the home. Differences force you to hone your skills: to communicate and compromise with a practiced flair. The one thing we do have in common is that we (and our love) are of utmost importance to both ofus, and saving us takes top priority.

So with that in mind, I'm sharing some of our secrets to a successful marriage. I've provided seven tips. It's a manageable number. You can even focus on one every day of the week. Art says that seven is the number of completion. I say it's mythical, a number that is important in so many cultures. A lot of this is common-sense advice, something we can no longer just take for granted, because everybody doesn't have common sense. Some of us let our "book learning" get in the way. We often look all over for solutions to our problems when they're really staring us in the face if we just open our eyes. Anyway, this is my advice on how to stay in the sixty percent that stay married, and avoid the forty percent who don't.

7 TIPS FOR A SUCCESSFUL MARRIAGE: 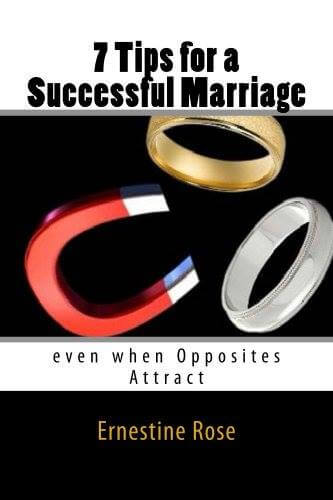 I taught high school and middle school over thirty-five years. Art worked in sales. Since we had four sons, I spent a lot of evenings balancing dinner and homework checks with grading papers and doing lesson plans. I coached extra-curricular activities and directed programs, so many of my evenings and weekends were taken up with work as well. And while I often felt that there were never enough hours in the day to get everything done, I felt that I was a better mother because my work was fulfilling and Art supported me in my career. Together we managed to raise four fine young men.

At our thirtieth anniversary party, Art's friend from college paid up on that fifty-dollar bet. Our marriage had survived longer than any of our friends from school (including him), and longer than anyone in our families. Let me take you on a piece of our journey, and I'll share with you some things I learned. If you're heading down divorce road, perhaps this book can provide you with an alternate route. 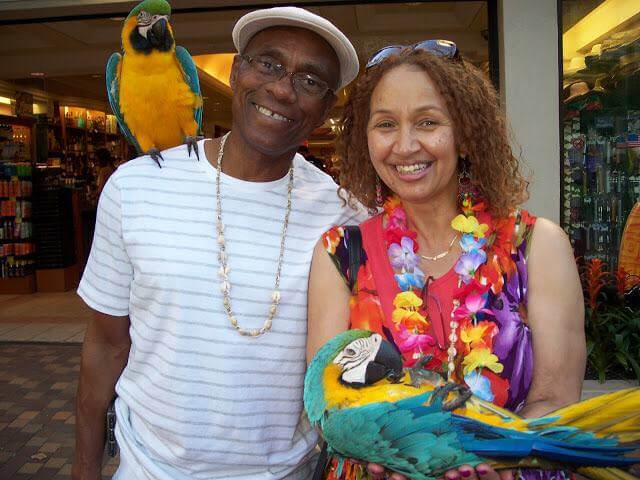